What a beautiful start to the day with the sun breaking through the clouds and a warmth in the air!  Players started arriving and checking into the main foyer with good spirits and an eagerness to get started. Individual preparation was underway before the first match tee time of 11am. 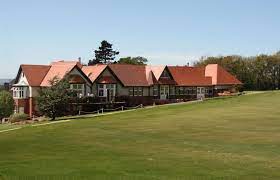 President Sheila Stuart was our Starter today and, together with Captain, Isla McCrone, welcomed each match to the tee and then watched drive after drive struck well and positioned nicely for approach shots to the new first green.  All matches were on their way by 12.30pm and keenly contested throughout.  The quality of the golf played today was excellent with the tricky greens being mastered by some and providing frustration for others. 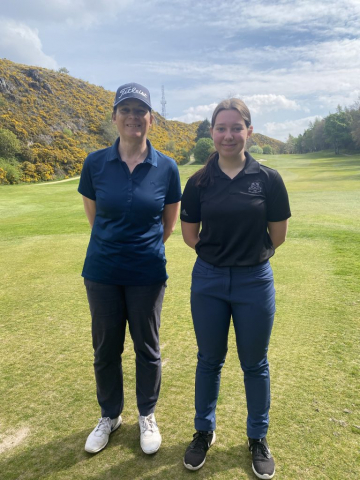 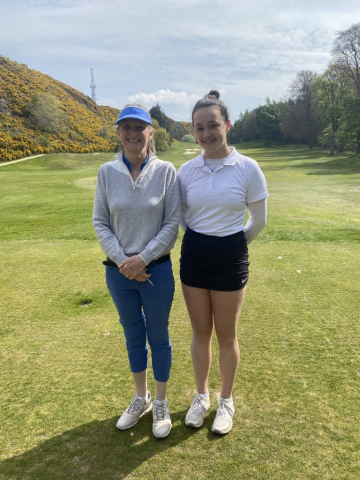 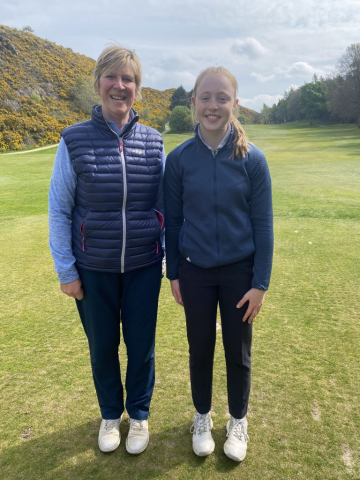 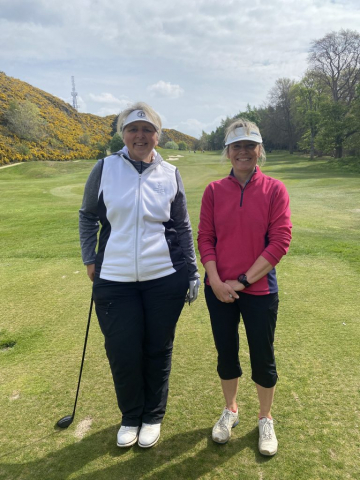 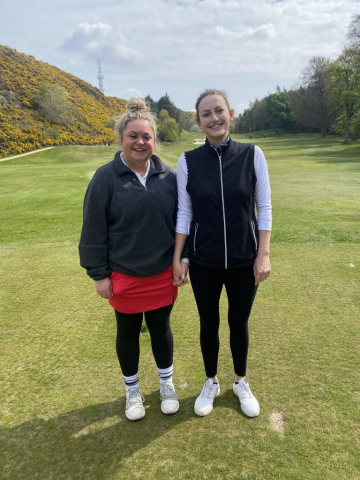 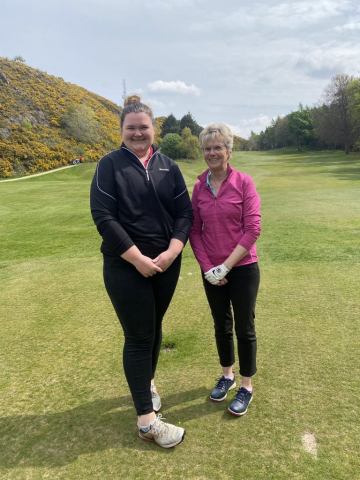 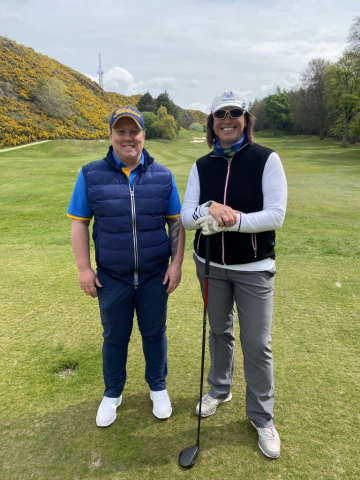 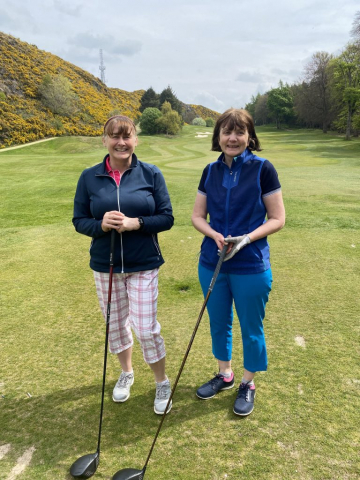 The bottom half of the draw saw the welcome return of Kate McIntosh (Broomieknowe) play the senior Morrison sister, Emma (Gullane) in an exciting match filled with excellent par and birdie golf with Kate eventually winning 4&2. The next match was Hannah Scott (Broomieknowe) versus Kate Rorke (Kingsknowe) both demonstrating their skills as they made their way round the course with Hannah closing the match off on the 15th.  Past Captain Louise Fraser (Kingsknowe) had a tough match against Fiona Wait (Deer Park) which could have gone either way but Fiona emerged the winner 2&1. The final match saw senior players Anne Hanson (Turnhouse) and Jennifer Bryans (Harburn) battle it out in a match filled with skill and determination with Anne emerging the victor on the 18th, 2up. 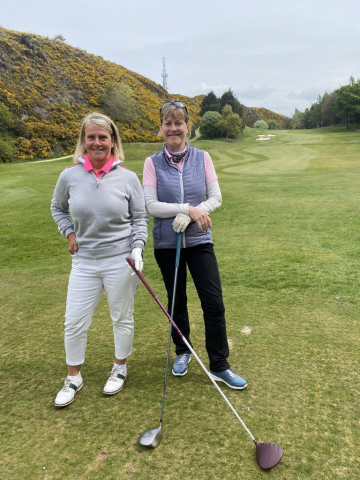 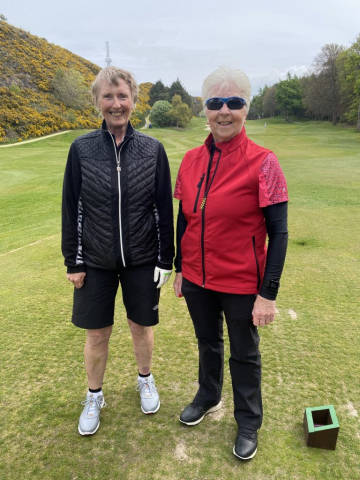 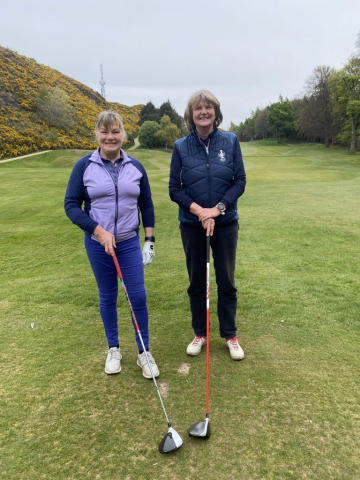 Only 3 of the 4 B Championship matches were played as previous Vice Captain Gail Joughin had to pull out for health reasons which saw home player Mary Stark (Mortonhall) get a bye into the semi finals tomorrow. We wish Gail a speedy recovery.  The first match off the tee was Una Fleming (Merchants) against Patricia Parkhouse (Mortonhall) who had managed to play two bunker shots close to the hole until the President and Captain were watching at the 12th where she took two shots to get out and lost the hole. Her home experience showed and she won her match 5&4. Muriel Gilligan (Swanston) was looking cool and ready for action in her sunglasses, as she took on Vivien Mitchell (Lochend).  Muriel surprised herself by playing a lot of par golf, beating Vivien 6&5. The final pairing was home player Violet Blair (Mortonhall) against Jane Macdonald (Merchants), a keenly contested match which eventually closed out on the 17th with Jane emerging as victor. 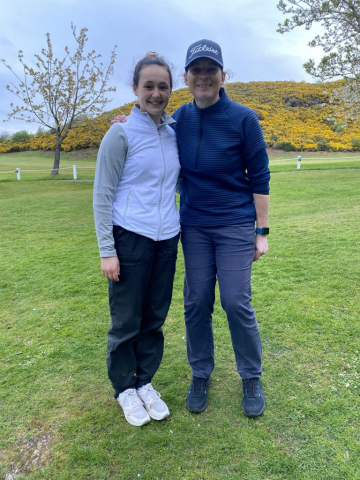 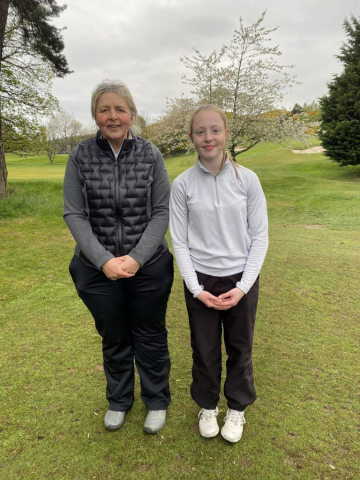 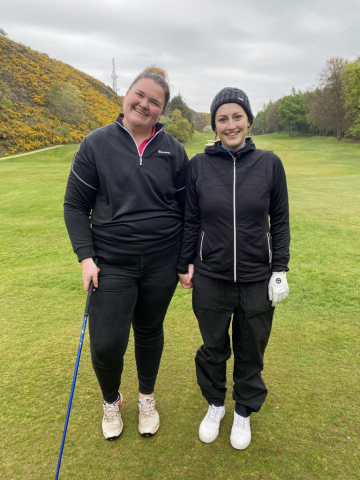 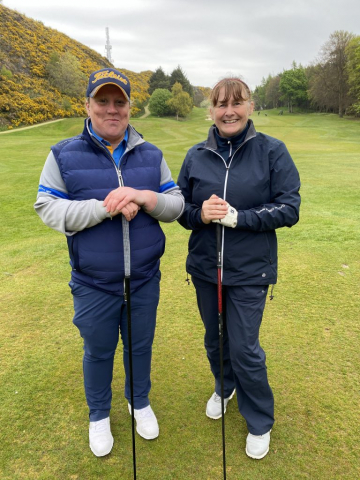 A very quick turnaround saw us back on the tee at 3.30pm where Karen Ferguson-Snedden had another tough match against youngster Lucy Morrison who fought a determined and very skilled match but eventually lost on the 18th. Freya Constable  was again on form closing off her match against Karen Marshall on the 15th.  Long standing team mates Kate McIntosh and Hannah Scott played some class golf with Kate’s skill coming to the fore, and she won 6&5. The nail biting final match between Anne Hanson and Fiona Wait kept on giving with Fiona taking a hole and then giving it back.  The greens eventually got the better of Fiona and Anne closed the match off on the 17th.

Mortonhall’s hospitality shined through again and the course was once again presented well for the players with the greens still proving very testing for the players.

Tomorrow is another day with players coming back refreshed and raring to go!  Who will emerge as our Champions??

We encourage spectators to come and enjoy some amazing golf from all.

Looking forward to seeing you all!

County Championship 2022 Day 1 Round Up