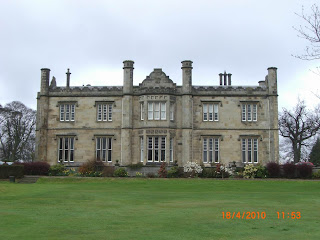 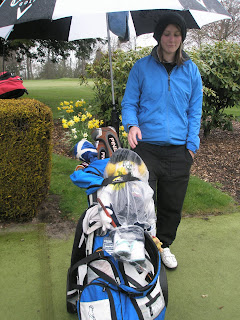 What a day! Imagine the scene at 9.30 am this morning. The rain was teeming down, everyone was shivering in the freezing cold and Mikhaila and Mini-Mac were in the pro-shop looking for waterproofs! With some safely found, it was off to the first tee for the first game in the 2010 Cuthbertson Cup. 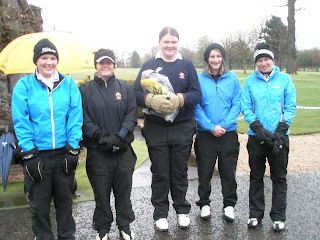 Midlothian were up against Stirling and Clackmannan and leading us off was Rachael Watton (and Mini-Mac) playing against Alison Goodwin. A great start saw Rachael quickly up and she never looked back – apart from at the 12th and 13th when she decided it would be a laugh to make us all walk away from the clubhouse and down the 14th! Soon afterwards, our first victory was recorded. Next on to the tee was Gabrielle Macdonald. Taking on Alexis Hutton, Gabrielle, again, didn’t waste any time in sticking her nose in front, and keeping it there. The second victory came soon after Rachael, and was quickly followed by Gillian Simpson – another head down, get in front and get it over with quickly. No messing about! Next came Mikhaila and Kate McIntosh who were determined to win by a greater margin than the other members of the team. Not quite doing that but not far off, they made the morning score 4-0, put Midlothian into the final and allowed us all to get inside into the dry and warmth, early and happy.
The afternoon saw Midlothian take on Fife for the glory. Mikhaila and Mini-Mac’s waterproofs came off but extra layers were still needed for warmth. Rachael met Rachel Hanlon and immediately started where she had left off in the morning. But a fight back came and Rachael was pegged back. Another surge was stopped and turned around again. Eventually Rachael was made to play all 18 holes and recorded a halved match. Gabrielle had the same idea as Rachael and carried on from the morning. Playing superb golf and putting like a dream, she quickly got in front and just kept going to record a 5&4 victory – I’m not sure you need that new putter, gabrielle! Gillian again meant business and started off the way she had finished in the morning. However, a wee bit of anxiety crept in and for the first time one of the Midlothian players found themselves down in a tie. But not for long! A quick talking to and things turned around. The swing returned to the morning’s poetry and another victory was notched up. Kate was as solid as a rock and just kept plodding along – first she was up, then she was up a little more, then a little more and eventually the holes ran out, Mikhaila was all smiles and victory was hers. 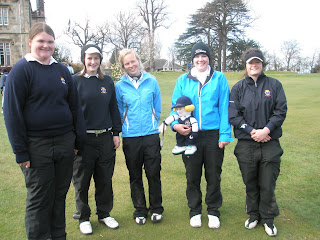 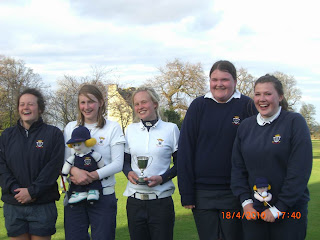 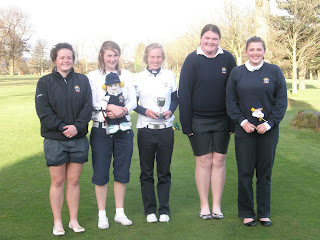