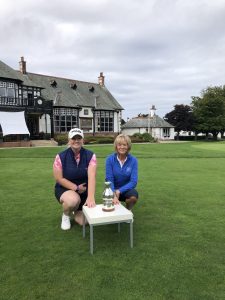 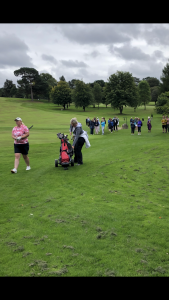 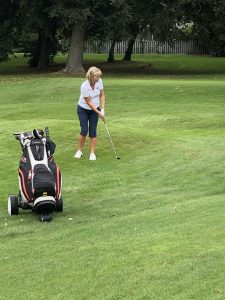 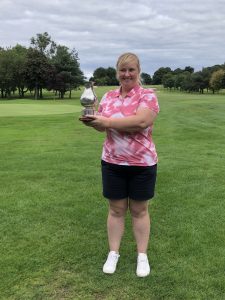 Jill McLean, Liberton, and Rachael Livingstone, Baberton, arrived warmed up, fresh eyed and bushy tailed on a Sunday morning at The Royal Burgess Golfing Society for the Final of the Champion of Champions event.  President Sheila Stuart got the players started at the 1st tee and Captain Louise Fraser was their referee.

Both players set off fairly steady and evenly matched. Rachael finding the trees at the 4th with an excellent recovery shot through various gaps to find the back of the green. Bunkers were found by both players during play with one recovery landing 4 foot from the pin followed by the putt secured a half at the 7th by Rachael. Rachael was consistent with her putting throughout and Jill was showing equal standard by banging in a couple of lengthy putts at the 7th and at the 10th hole to secure the half.  Both Jill and Rachael played some great golf between them for the many spectators who came along but on the day, Rachael’s golf was excellent in many areas with some really good recovery shots and excellent irons.

Well done to both players reaching the final and congratulations to Rachael Livingstone, Champion of all Champions.

Thanks go to The Royal Burgess Golfing Society for the complimentary tee time and the continued support to host our final on a golf course which always appears to present itself in excellent standard, all credit to the Greenkeeping team. Midlothian players, officials and spectators were very well looked after in the Clubhouse after the golf by the Clubhouse staff.