Today at the Dukes, St Andrews added another Scottish trophy to give her a hat trick of wins She scored a 69 over the par 71 course to win by two shots from Jasmine Mackintosh, Hazlehead GC, Aberdeen.  Hannah only recorded one bogey in her game with 14 pars and 3 birdies. 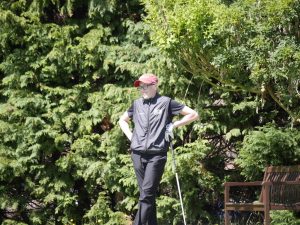 This year Hannah has represented Scotland in Oslo at the European Junior Masters and joined other young hopefuls at the hand over for the Solheim Cup in Iowa, USA.  She is hoping to get a place in the European Team at the Junior Solheim Cup at Gleneagles 2019.
Amateur Girls Championship, Scotscraig
Hannah also played in the MCLGA team at the Scottish County Finals last weekend where they narrowly missed out on that trophy.
Its been a busy and successful year!
Junior Champion of Champions