Today was the final day of our Championship for 2015 and one that will be remembered as very wet and windy. Despite the terrible weather there was some amazing golf to see. Thanks to all those who braved the weather to come and watch as it really helps create the right atmosphere for the players. 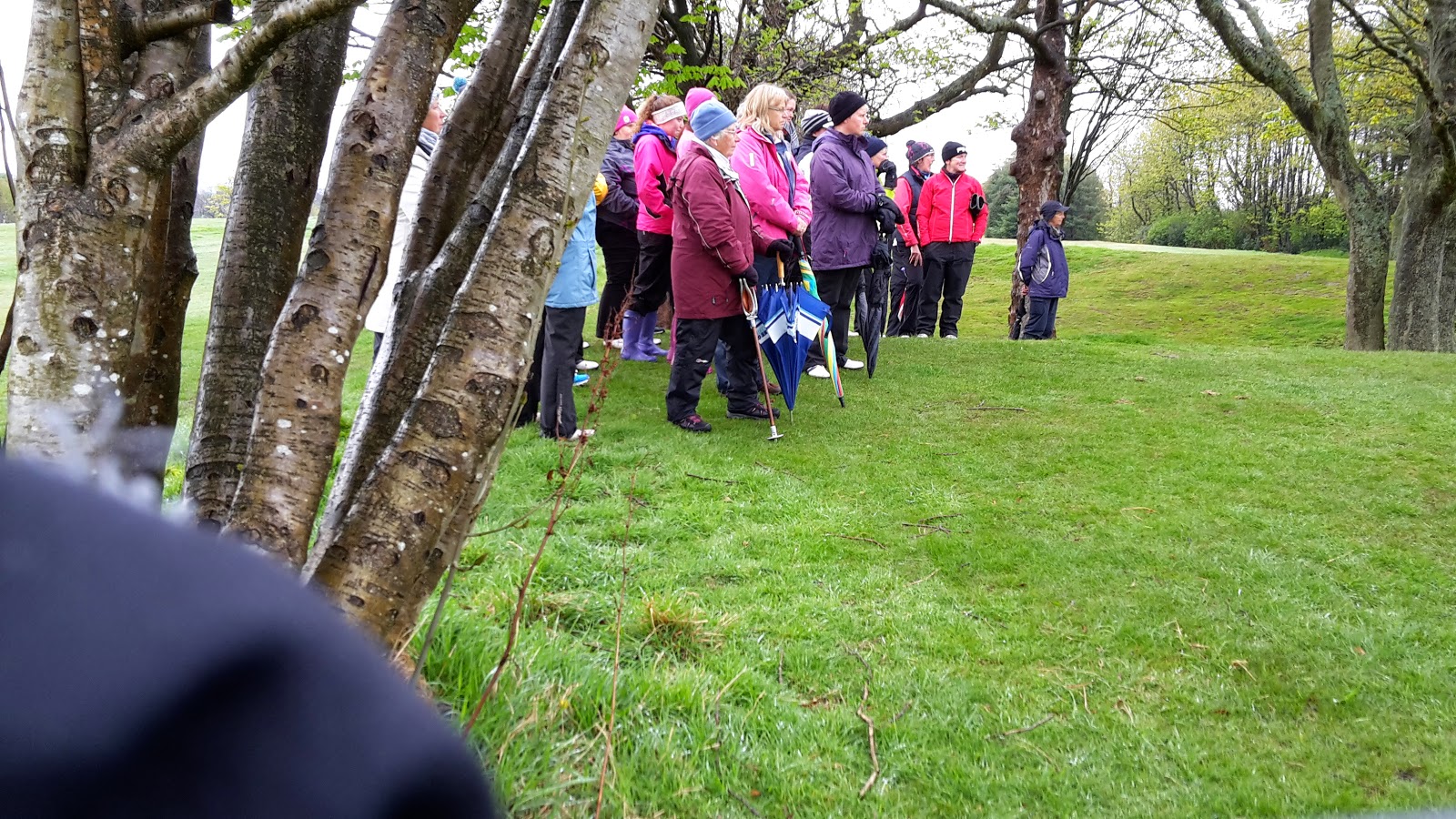 The first semi final of the morning was between Kirsten Blackwood of Glencorse and Louise Fraser of Kingsknowe. This was an extremely hard fought match with neither going more than one up or down the whole round. It was really exciting to watch and when it went to the 18th (or at least down the 1st again which was the 18th for the day) it was all square again. Both drove short of the green and then chipped on. Unfortunately for Kirsten, hers just slipped down the side and into the bunker. Louise was on the green and obviously had the advantage and carried it through to win the first semi final.

Kate McIntosh from Broomieknowe played Wendy Nicholson also from Broomieknowe. This is not by any means the first time they have played each other and the competition was played in great spirit. The golf was a joy to watch and playing par golf in that weather was impressive. Kate slipped ahead on occasions then Wendy would fight back. This match too ended up going down the 18th and Kate won and so went on to the final against Louise.

The weather at  the start of the final was dismal to say the least and certainly after the second with the lying water we were worried we may have to abandon the match. Luckily the higher fairways were not holding the water as much but the golf was extremely challenging with the wet conditions. Louise went ahead at the first after Kate drove into the rough. This lead was only held until the 3rd when Kate had a great 4 to bring it back to all square. Louise went ahead again at the 4th with a three holing an amazing 18ft putt.Again the lead was short lived with Kate going ahead on the 7th with a four on the par five. Another four on the 10th put Kate two up. Kate then struggled to get out of the wet bunker on the 11th so back to one. Another four for Kate on the par 5 12th put her back to two. Louise putted in for two on the 14th and so Kate was one up going down the 15th. She again got one back with a five at the 15th and retained that to go up the 17th 2 up. Both drove the green and putted in for three. So Kate Became our Champion for 2015 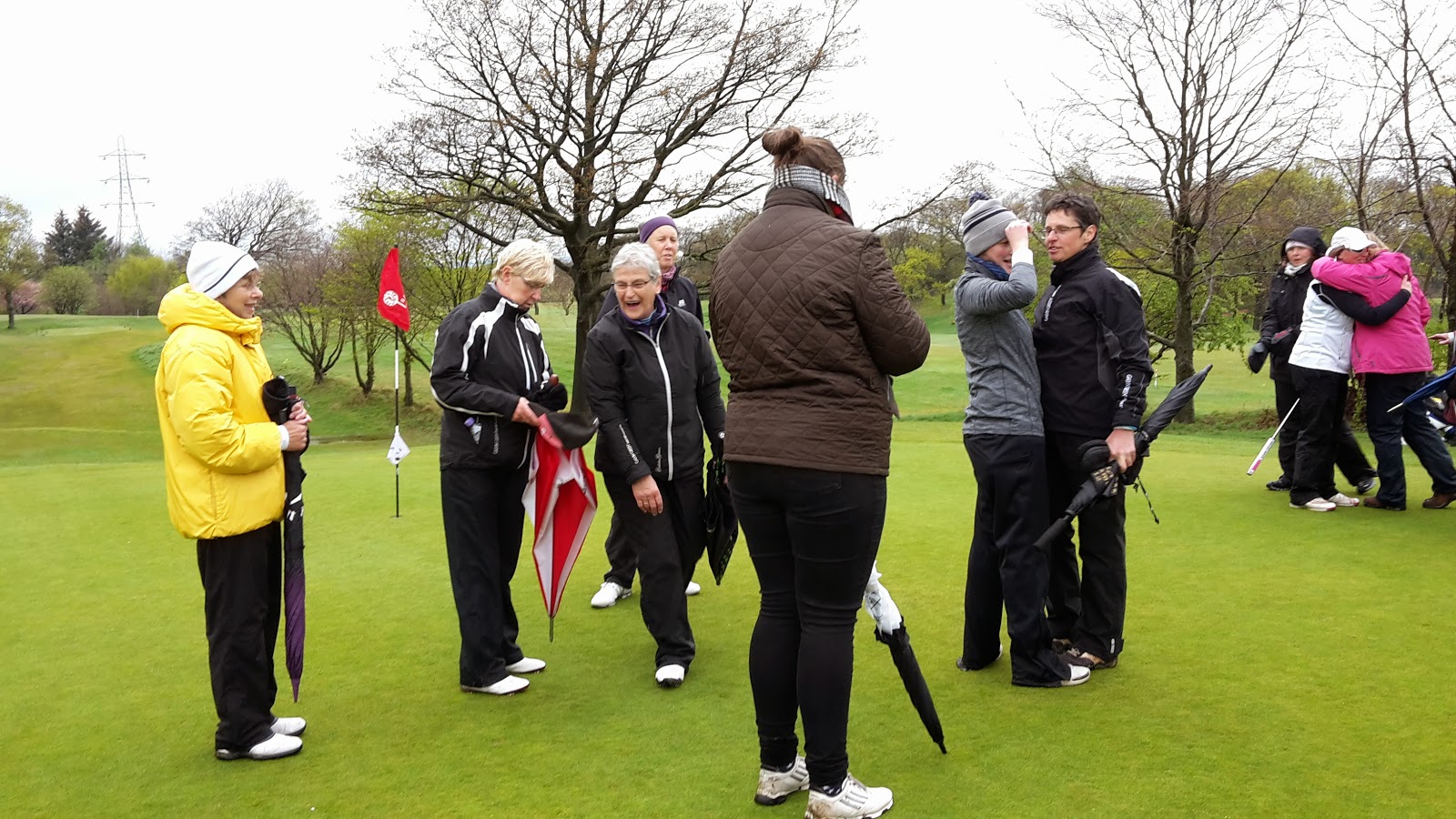 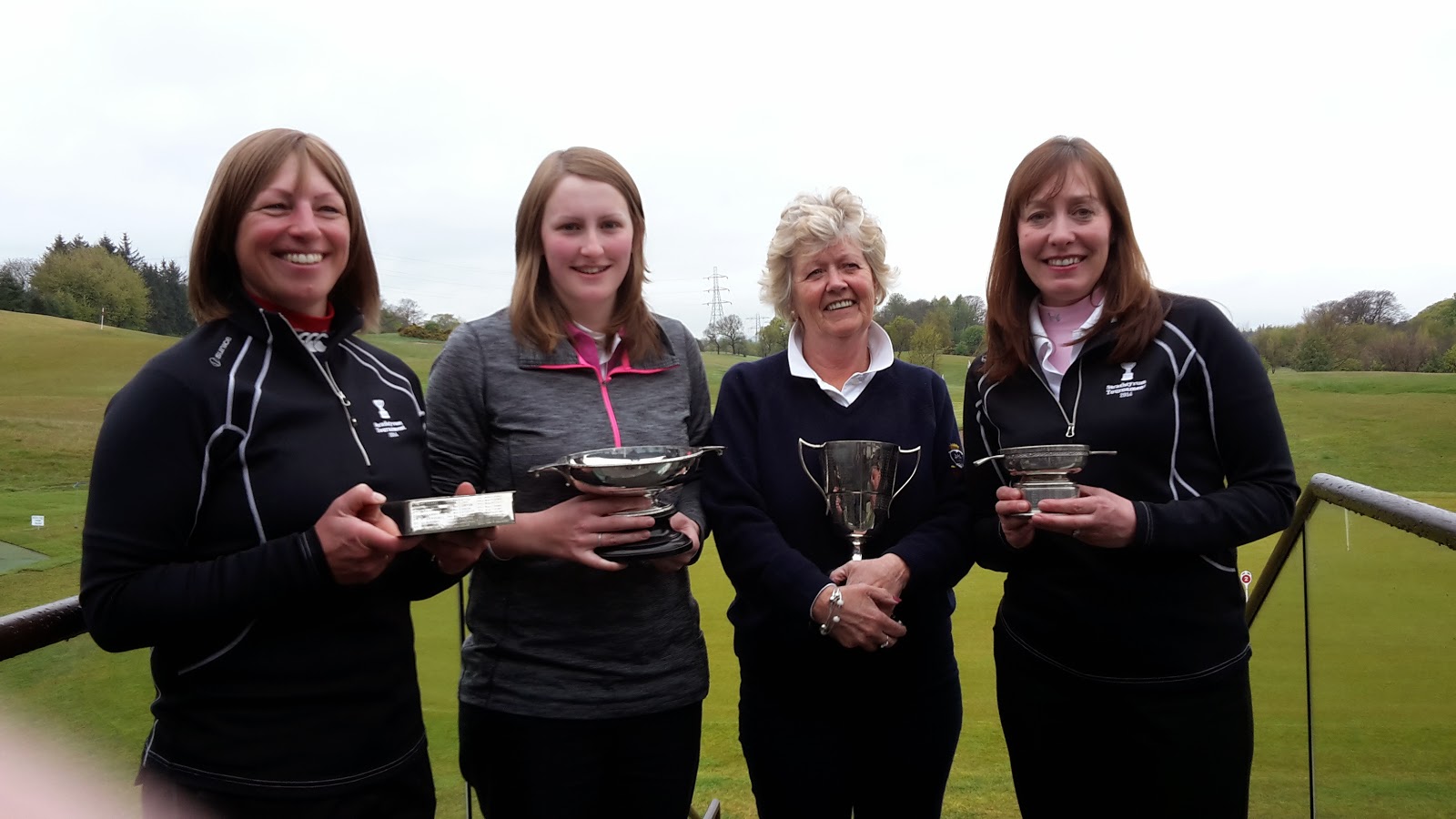 The ‘B’ Championship final took place in the morning between Adrienne Turner for Baberton and Pam Townsend from Murrayfield. There was some excellent golf by both players.  Although Pam was often in the lead, Adrienne kept fighting back. It ended up with Pam two up going up the 17th. Pam was just off the far side of the green and Adrienne in the bunker just at the front of the green. Pam chipped on and it just kept rolling and rolling till it rolled into the bunker. Adrienne had an amazing shot out of the bunker ending up a couple of feet from the flag and despite Pam following suit it was now one up to Pam and off to the 18th or 1st in this case. Pam won this hole and so became our ‘B’ Champion for 2015.

What a great day and great golf . Thank you so much to all those taking part and showing us how golf should be played.

A big thanks to Baberton golf club and especially to Alan, Keith Sally (Lady V.C),Kate and Maggie Macpherson who were such a great help to us in organising and supporting this event. It was really very much appreciated. Also thanks to the caterers, professional  and the green’s staff. The practice facilities are great.

Thanks also to Anne Brownie who as always made a great job of refereeing the final.

Final Day of the Midlothian County Championships at Baberton 2015