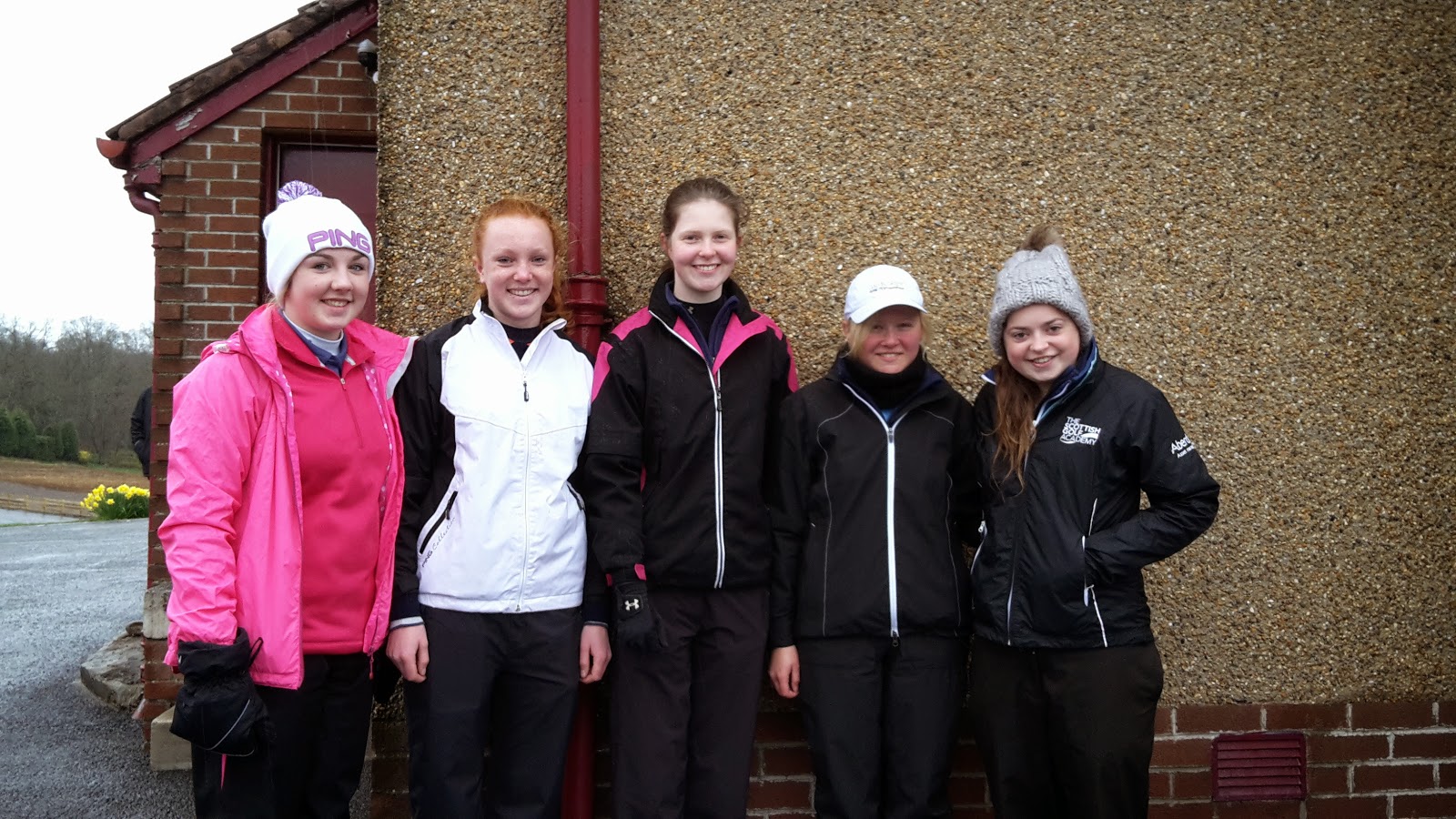 As you can see from the photograph it was a miserable cold start to the Cuthbertson Cup at Glenbervie but the girls were all excited and raring to go. We had to substitute Alexandra Massey for Anna as she was poorly and we are so grateful to Megan for stepping in as our reserve at the last minute.

Despite the morning being mainly wet and cold the girls played some great golf but were sadly beaten yet again by East Lothian 3 games to 1. Emma played a great match against Sophie Bain winning 4 and 3.Eilidh had a great start against Joanna Free being 2 up at the third but eventually was beaten by a very long hitting Sophie. Alexandra and Katie both did really well against their opponents for their debut in the Cuthbertson Cup.

Fife beat Stirling and Clackmannan 3 and 1 which left us playing Stilrling in the doubles in the afternoon. 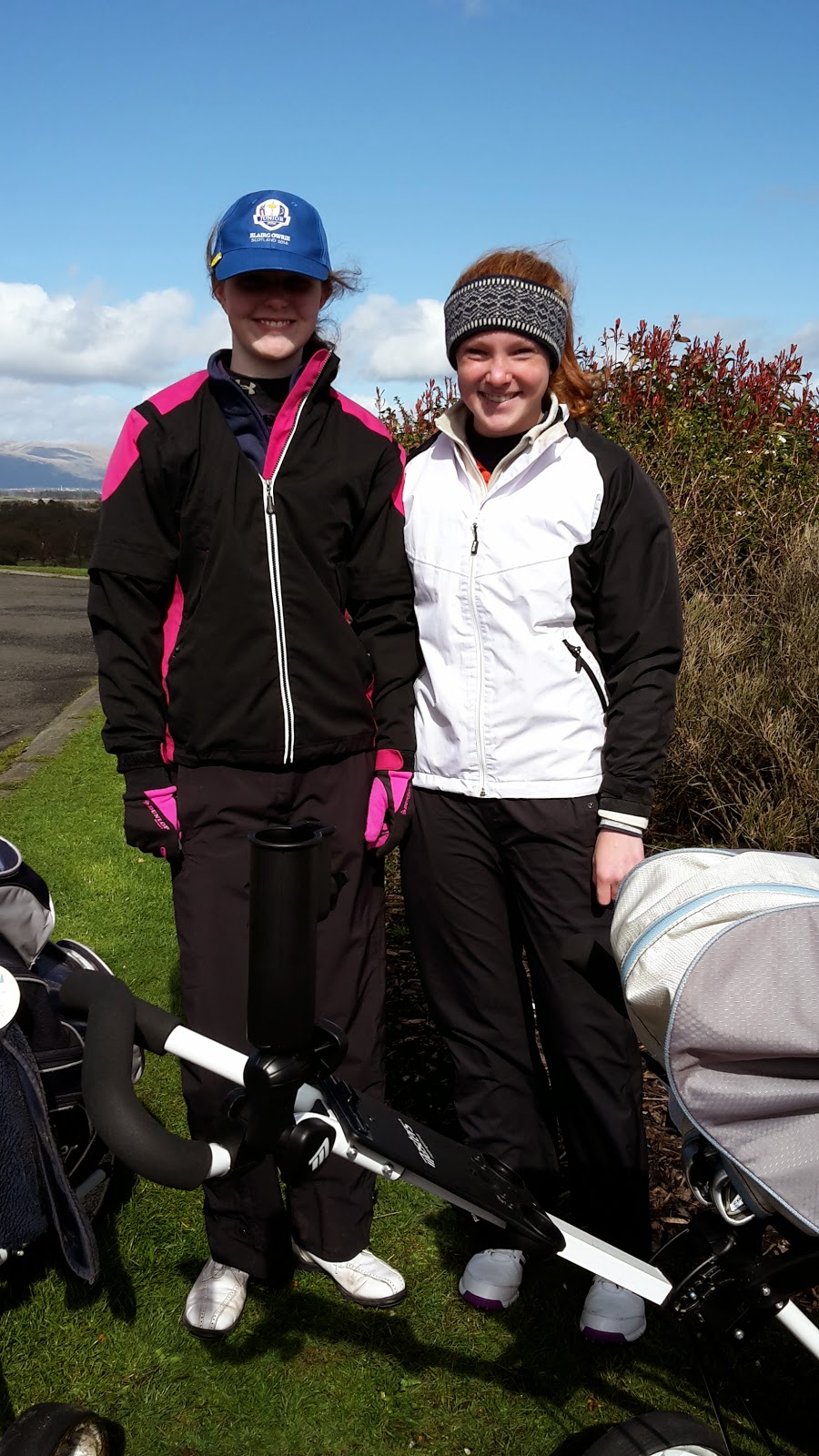 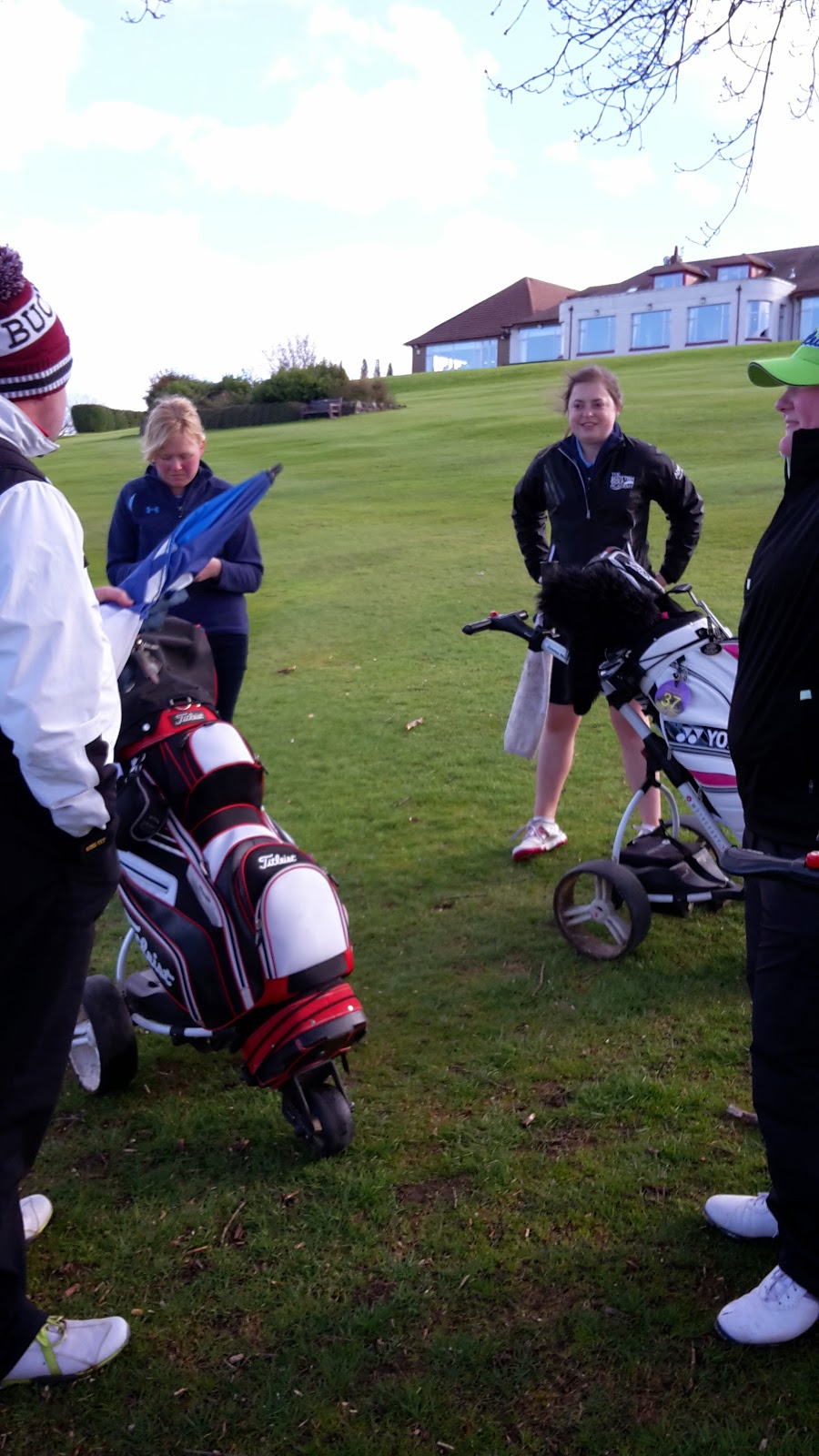 THe afternoon saw the wind getting up which was great while the sun was out but being April we had of course April hail showers!

Eilidh and Emma played their arch rivals Jennifer Allan and Andrea Walker. They both played magnificently and won their match on the 14th. It was great to see their teamsmanship and accuracy into the greens.

Alexandra ands Katie were really quite despondent on the 9th as they were 4 down at this stage.  A few discreet words in their ears from Sharon to speed up as they were losing ground worked wonders and by the 14th they were back to one down. They then won the 15th and 16th. Now one up they halved the 17th and was one of the very few matches going up the 18th. It was all down to the putting and we had a good half resulting in a win for us.

Well done to the team . You all did really well and we thank you all for your participation in such a professional manner. We are proud of you.

Unfortunately the meal afterwards was very disappointing as the club had lost their caterer. Not the best end to a great day.