Midlothian played North Invitational team on Day 1 as South Division did not have a County Team playing. All our players got to play on Day 1 taking advantage of some extra practice before the tournament scoring on day 2 and day 3 got underway. 3 points were won in the morning foursomes but the Invitational side were strong in the singles and won 4.5 points from us. The final days result was 4.5-4.5.

On Saturday, Midlothian were first on the tee against Dunbartonshire and Argyll. Unfortunately no points were collected in the morning foursomes making it a tough outing in the afternoon. 3 of the 6 players managed to secure a point each in the afternoon singles. Midlothian lost to D&A 6-3.

Sunday was the final day and we were first on the tee again, against the strong looking Perth & Kinross side. Midlothian’s first group out managed to secure a half point after being 2 down with 2 holes to go but the the other 2 groups were unable to bring points home. Midlothian were up for the afternoon singles and we would have to be the strongest we had been all weekend. Midlothian players all played well in each of their games but P&K were on fire on the last day. Midlothian lost to P&K 7.5 to 1.5.

Midlothian won the Bronze medal at County Finals Forres 2021. All scores in the SGL APP in ‘National’ and ‘Past’ events.

Congratulations to P&K who emerged Scottish Champions 2021. A strong talented young team with strength and depth. A great win and so well deserved. 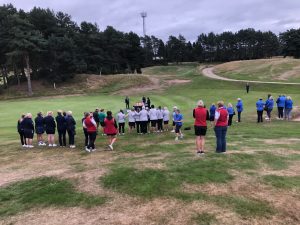 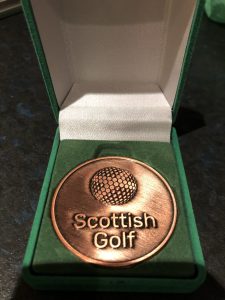 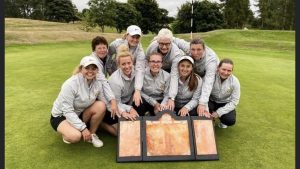 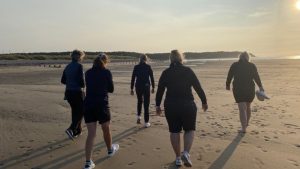