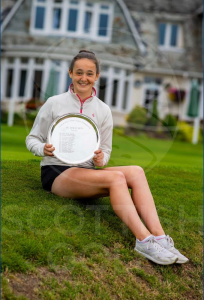 Well done to all the Midlothian Girls participating and returning scores over 2 rounds strokeplay qualifying in the Scottish Girls Amateur last week at Blairgowrie. After qualifying, in 9th position Carys Irvine, Craigielaw, qualified for the Scratch event with a total of 154. Carys met tough opposition against Claire McLaughlin from West Kilbride who was then beaten by the eventual Scottish Amateur Champion Katy Alexander from Blairgowrie.

Scottish Girls Amateur Championship Round Up