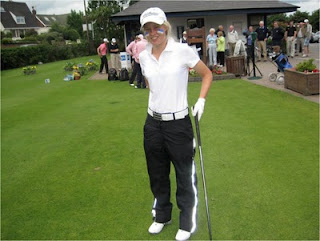 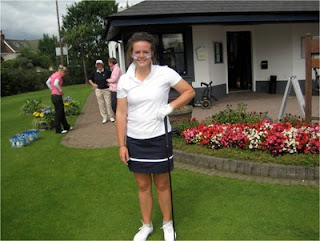 Scotland Girls finished runners up to England in the Home Internaional matches to win the Swansea Spoon for the second year in a row. They beat Ireland today 5 1/2 – 3 1/2 after England had defeated Wales 9-0. The morning foursomes were halved and in the afternoon singles, played in conditions which were all to familiar to the Scots (lashing rain!), wins by Rachael Watton, Lesley Atkins, Ailsa Summers and Hannah McCook secured the runners up place. Our Midlothian girls, Rachael Watton and Gabrielle MacDonald both played excellent golf this week. Gabrielle in her Scottish debut took a likeing for the 18th hole and made sure all her matches went up the last (her caddy was getting exhasuted!). She fought back strongly this afternoon, having been 3 down for much of the match against an opponnent who was holing putts at will, to loose on the 18th. Congratulations to all the girls and to Captain Karen Marshall. Good luck to Rachael and Gabrielle in the Girls’ British Open Amateur championship being held at Royal Belfast Golf Club next week.
Scotland Finish Runners Up in Home Internationals