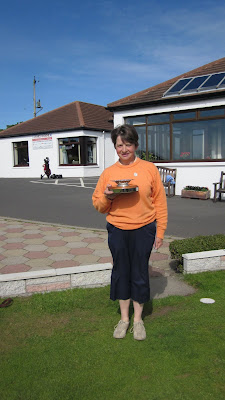 Noreen Fenton (Dunbar) won the Scottish Senior Ladies’ Match Play Championship at Portpatrick Dunskey Golf Club today. Noreen was disappointed on Tuesday to finish as runner up in the Stroke Play Championship, being pipped at the post by just 1 shot. But she more than made up for it today with a fantastic display of golf. On the way to the final she beat Lorna Bennett (Ladybank) on the 19th, May Hughes (Lanark) 1 up and Janice Paterson (Drumpellier) 3&2 to meet Heather Anderson (Blairgowrie).

It was a brilliant final with never more than one hole in it, keeping the spectators on tender hooks the whole way. Heather birdied the 1st, Noreen won the 2nd with a par and Heather went back to one up with a par at the 4th. Noreen squared the match once again with a birdie 3 on the 365 yard 5th hole and then took the lead for the first time at the 8th hole with a par four. Heather once again squared the match with a birdie 2 at the tricky par three 11th hole.

The next four holes were halved before Noreen once again took the upper hand. She put her approach shot at the par four 16th hole to 6 feet and sunk the putt to go one up. She held her nerve on the final two holes to win by one hole. Fantastic Noreen – well done!!! A well deserved victory! 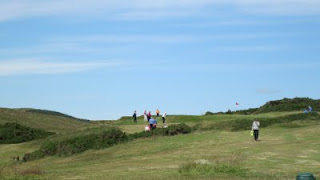 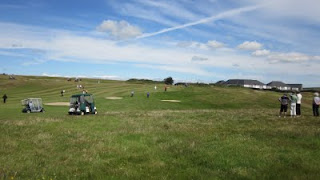 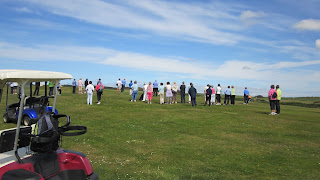 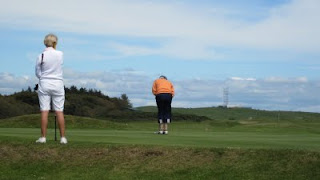