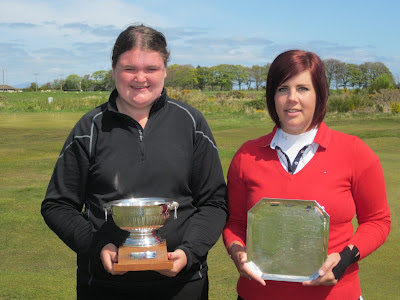 What a fantastic performance by our Midlothian players at the Scottish Amateur Ladies Championship at Tain this week. All of our players qualified for the match-play stages: Jane Turner (Craigielaw), Karen Marshall (Baberton), Wendy Nicholson (Broomieknowe), Louise Fraser (Kingsknowe), Claire Hargan (Cardross) and Kate McIntosh (Broomieknowe),all qualified for the main championship and Kirsten Blackwood (Glencorse), Linda Bain (Lochend) and Hannah Scott (Broomieknowe), qualified for the Clark Rosebowl. Jane was top qualifier with two rounds on 75 in atrocious conditions, winning the Margaret Scouler-Buchanan Cup for the best gross aggregate. Jane also won the Beddows Memorial Trophy for the lowest gross score in Round 1 and the St Andrews Quaich for the lowest net score in the same round, with Louise second. Wendy had the second lowest net score in Round 2. 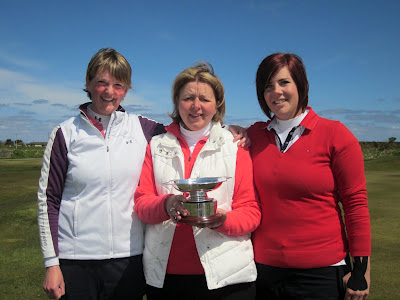 Our team of Jane, Karen and Claire won the McNeill Trophy for the best County team aggregate score. 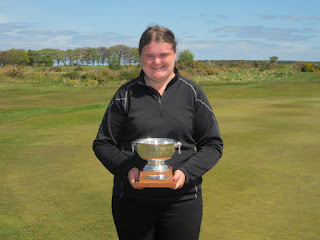 Hannah went on to win the Clark Rosebowl subsidiary match-play competition, beating Heather Munro (Monifieth) by one hole in the final. Munro was two up after 10 holes but Hannah turned it around by winning the 11th, 13th, 14th (with a birdie) and the 18th. 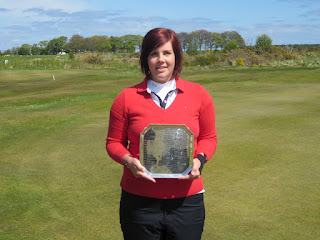 Jane made it all the way to the Championship final beating Susan Wood (Drumpellier) 5 and 4 in the quarter final and Eilidh Watson (Muckhart) 7 and 6 in the semi-final to reach the final against Laura Murray (Alford). It was a fantastic final,with both Jane and Laura playing great golf. It went all the way to the 18th where Laura pulled out a magnificent approach shot to within a foot of the hole for a “gimme” birdie 3. Well done Jane – a fantastic week and brilliant performance!!