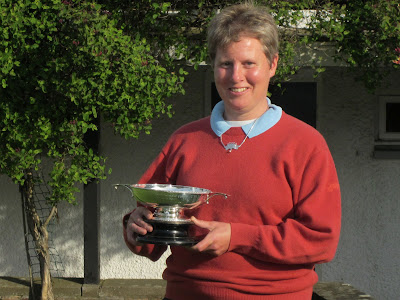 In the 2010 championship at Prestonfield, Linda Caine (Dunbar) won her first County title at the ripe old age of xx?? Her only one previous appearance in the final had been 19 years previously. Well would you believe it? – not only did the sun shine today but Linda did it again!!

In this morning’s semi finals, Jane Turner (Craigielaw) had a great battle with defending champion Karen Marshall (Baberton), Jane eventually winning 1 up.  In the other semi, Linda beat Wendy Nicholson (Broomieknowe) 3 and 2. 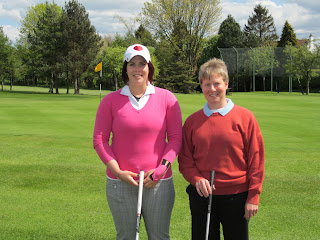 The final was a very close affair – Linda had great start, winning the 1st, 3rd and 4th to go 3 up. They both played pretty much par golf but Jane eventually got it back to all square at the 12th with a birdie.  13, 14, 15, 16 and 17 were halved.  Jane was striking the ball well, but the putter wasn’t quite working for her today, and Linda, despite being 30-40 yards shorter off the tee,  played really steady golf, and chipped and putted well.  At 18,  Jane looked like she was blocked out after she hit her tee shot slightly left, but played a great shot onto the green.  Linda missed the green with her second shot  leaving herself a testing chip and two putted for a 5. It looked liked the title was going to be Jane’s but she three putted and off they headed for extra holes
The 19th was halved in 4.  On the 20th Linda hit her drive up the middle and Jane’s ball landed at the root of a tree.  She played a miraculous left handed shot just short of the green, chipped on and then sank a long putt to match Linda’s regulation par. At the 21st hole both were on the green in regulation but once again, Jane’s putter let her down and Linda recorded yet another regulation par to claim the title.  Well done Linda – a well deserved win. 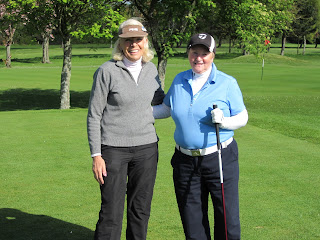 In the ‘B’ Championship final Pam Stevenson (Glencorse) had a very close match with last years runner up Carole Mason (Dalmahoy), with Pam eventually winning on the first extra hole. 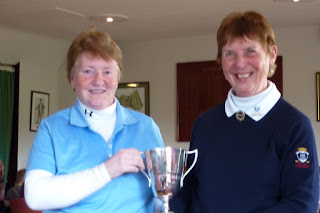 Linda does it again!