Karen Ferguson-Snedden (Mortonhall) becomes Scottish Senior Women’s Open Champion for the second year running in a tight final at Stranraer GC this afternoon, which finished on the 19th hole.

Many congratulations Karen, what a great achievement and all of us at Midlothian are very proud of you 👏👏🤩🤩.

Full story can be read here. 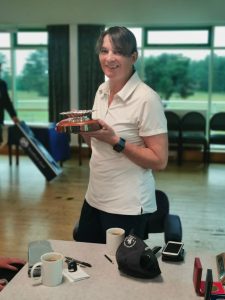 Congratulations must also go to all the Midlothian players who qualified for the Senior Women’s Matchplay and Senior Women’s Net Matchplay, after two qualifying rounds on Tuesday and Wednesday.

Three Midlothian players were in the top 5 qualifiers – top qualifier was finalist Sue Wooster on 146, with Wendy Nicholson on 151, Ailsa Cackett on 155 and Hilary Laughland on 157. 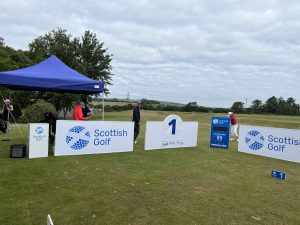 Karen Marshall and Hilary Laughland progressed to the quarter finals fighting hard for a win but unfortunately lost their matches 3&2 and 1 down respectively.

Susan Randall and Charlotte Wighton also progressed to the quarter finals, again both kept pushing for a win but lost 4&2 and 1 down respectively.

Great effort from all the Midlothian players 👏👏👏

All the results can be viewed here.

Karen does it again!