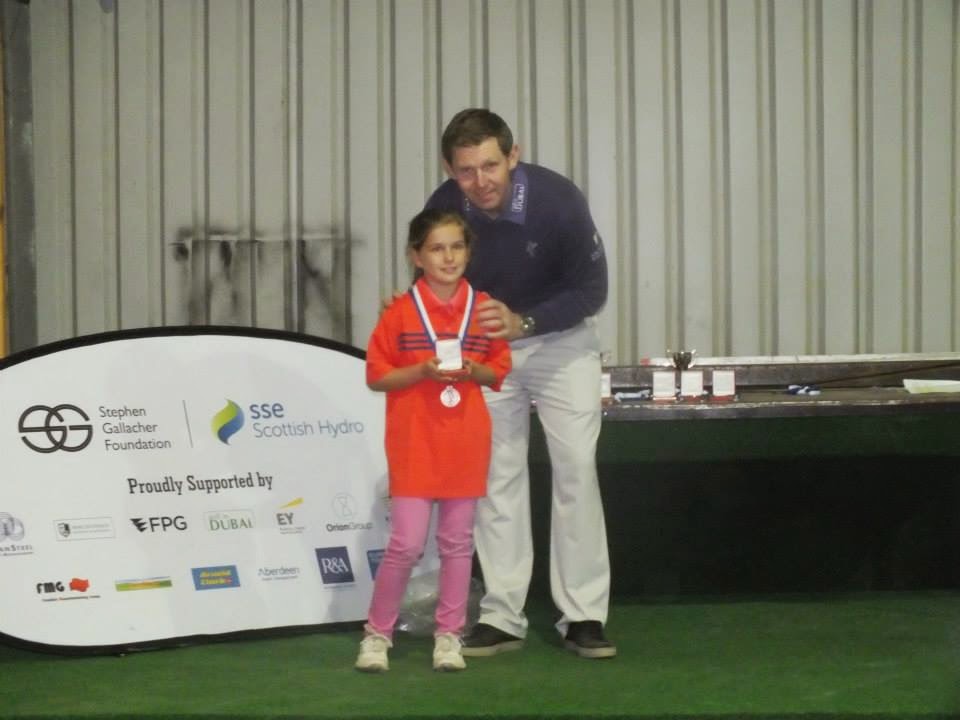 146 girls and boys competed and Midlothian girls figured prominently amongst the prizewinners of both the stroke and flag competitions.
Congratulations to all the prizewinners.
Stephen Gallacher was there in person on all day and presented the prizes making the day an extra special occasion.

Well done to Megan Linton who won the Under 16 Girls stroke play with a 41. She leads the 2014 Order of Merit for Under 16 girls.

Well done also to Claire Forrester who was first in the Under 16 Stroke play  of the  “Short Course” World Match Play Section and to Abby Steedman who won the Under 10 Girls Flag Event.

Special congratulations to Abby who became the “Short Course” World Match Play Champion of Champions – an honour open to both girls and boys. Abby was undoubtedly spurred on to success by overhearing one of the boys saying to his playing partner, “Come on, we cannot be beaten by a GIRL”
Well done Abby.

Full results and photographs can be found on the SGF website – link on top right of this page.