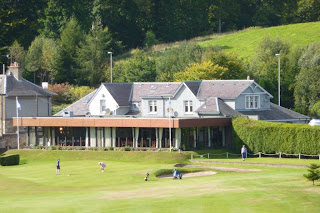 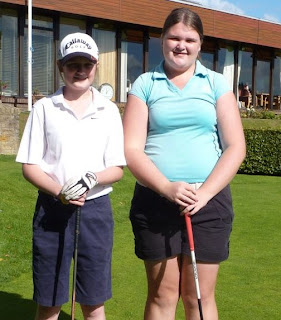 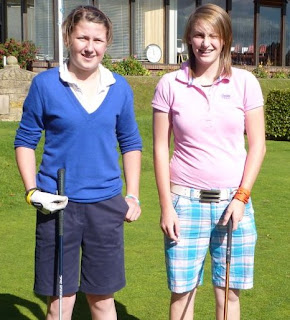 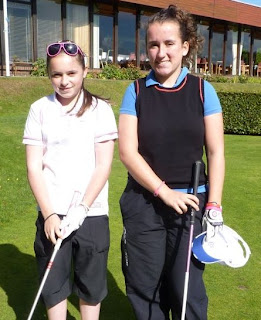 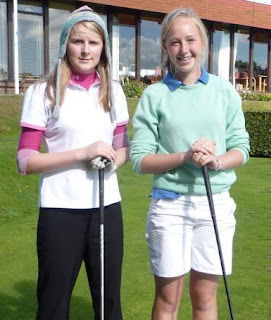 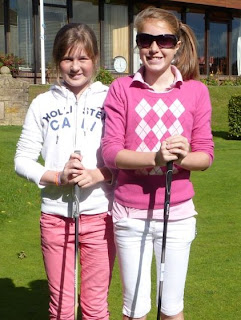 What a great day we have had today with the Junior Autumn Meeting and Championship at Glencorse Golf Club. The sun was shining, the course looked to be in tremendous condition and I know that all of the juniors playing, thoroughly enjoyed their golf. A big thank you to Joan Simpson who has been involved in the running of all the junior competitions this year and, not only organised the starting line up for today, but also walked round with one of the groups and brought in a winner!
The golf by two of the juniors was tremendous, with both Emma Morrison (Craigmillar Park) and Julia Smith (Murrayfield), not only breaking 100 for their first times but returning scores way below the CSS and knocking chunks off their handicap; both moving into category 4. One of them, I might add lost 2 balls on her way round, as well! Needless to say, no-one else was given a look in in the handicap section. In the scratch section, defending champion, Kate McIntosh (Broomieknowe) retained the trophy with a very good scratch score of 76, while fellow club member, Hannah Scott came second with a 79. 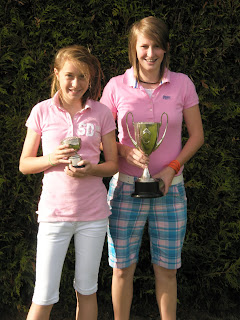 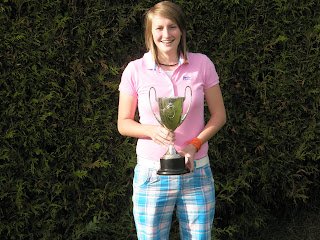 As well as the Autumn Meeting, a few other junior prizes were announced today, the one being fought for the most being the Livingstone Trophy for the most improved junior member. By the end of today, no fewer than 7 girls were in the running: Heather Laing (Glencorse) having reduced her handicap from 24 to 19 over this season, Katherine Fisher (Baberton) from 27 to 20, Julia Smith from 36 to 28, Emma Morrison from 36 to 26 and Emily Dalgetty (Glencorse) from 27 to 14. Kim Naysmith (Dalmahoy) also gained her handicap for the first time – 26. If those are reductions not to be envious about, wait for Jessica Dalgetty, older sister of Emily! A week ago, I was reliably informed that Jessica had reduced her handicap from 33 to 18. Today, we were told that she had scored a gross 79 (10 over SS) last weekend and followed it up yesterday with a gross 74 (5 over SS), leading to further reductions in her handicap. Having started the year at 33, Jessica is now playing off 14, a massive 19 stroke jump! Congratulations to you all. It is great to see you all playing so well and enjoying the game.
Todays results were as follows:
CSS 72 (reduction only)
1st scratch – 2010 Junior Champion and winner of the Brown Trophy: Kate McIntosh (Broomieknowe) – 76
2nd scratch: Hannah Scott (Broomieknowe) – 79
1st Handicap and winner of the Marshall Trophy: Julia Smith (Murrayfield) – 92 less 36 – net 56
2nd Handicap: Emma Morrison (Craigmillar Park) – 93 less 31 – net 62 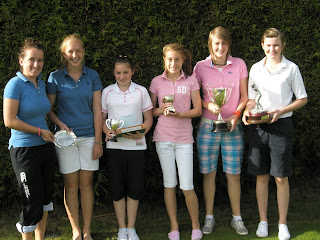 Livingstone Trophy for the most improved junior: Jessica Dalgetty (Glencorse)