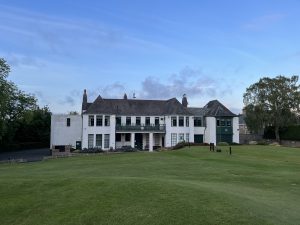 We played our final Intra Squad match before the County Jamboree at Murrayfield GC on Tuesday 31 May.

Eight squad members were due to play on the night but unfortunately, two had to call off for health reasons, so we were down to six. When I arrived, I was greeted by an excited Freya Constable (Prestonfield), Megan Fallon (Broomieknowe) and Lucy Fraser (Murrayfield) who, when they became aware we were down to six players, were keen to play together as ‘Juniors’ versus the ‘Seniors’. It wasn’t the groupings I had planned but I thought, why not?! We were to play a better ball format and my next question to the girls was, ‘Do you want to play off scratch or course handicap?’. Without hesitation, Lucy said ‘scratch!’.  So the ‘Juniors’ took on the seasoned ‘Seniors’ of Louise Fraser, Kate Rorke (both Kingsknowe) and Anne Hanson (Turnhouse).

It was a lovely evening with the sun shining although still a wee nip in the air. The course was looking lush and in good condition with the greens running smoothly.  It was great to watch all of the girls play some fantastic shots with the Juniors having 5 birdies and an eagle and the Seniors 4 birdies. 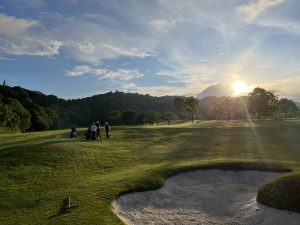 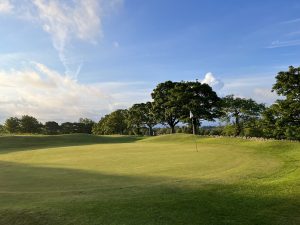 Freya hit a beautiful shot into the Par 3 13th and holed the putt for the birdie for the Juniors. Louise and Anne hit the green at 13th but then Kate chipped in for their birdie! 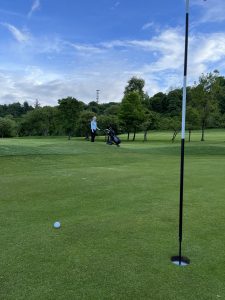 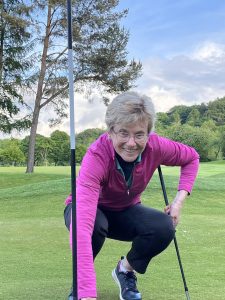 Freya brought home at eagle at 18th for the Juniors and Anne delivered a solid birdie for the Seniors. Final scores were handed into the Captain who kept the suspense going a little longer as she retrieved some sweetie prizes from her car.  And, the result was…..

What a fun evening played in great spirits.  Many thanks to all the girls who came out to play tonight and to President Sheila Stuart who also came out to watch with the Captain.

Grateful thanks also to Murrayfield GC for providing courtesy of the course for our two tee times.

The groupings and results were as follows: