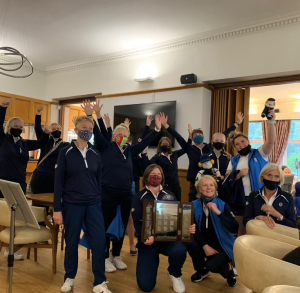 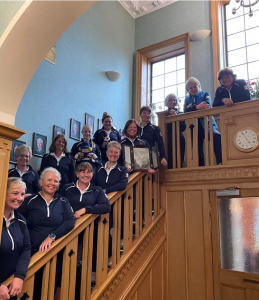 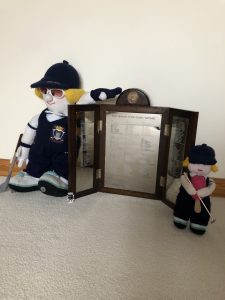 The day started off quite exciting and Midlothian players were all full of enthusiasm. Match 1 got underway against Fife who were defending their title and it all became very tense out there as most of our players if not all were all square or down against their opponents.  Team Midlothian dug deep, hung in there and fought well into the back 9. The score line was changing in favour but only slightly. We ended up triumphing in 4 games against Fife with an amazing half at the 18th going via the trees and 3 ‘good’ losses going all the way to the 17th which gave us a satisfying 4 1/2 – 3 1/2 win.

Words cannot explain the delight and pride to be part of this amazing Midlothian team who pulled together for the 3 day Tournament. With the format of 8 singles matches this year to help the travelling teams during covid times, it was always going to be a tough one to win for all the Counties.  An honor to be playing in the team as always but to Captain them and host the Tournament during my Captaincy has been a great experience if not a slightly exhausting one. Only achievable from all the support of the Midlothian officials and volunteers who worked well together this weekend. Thanks to you all and the players!

Next team report will hopefully be from Forres at the end of August.