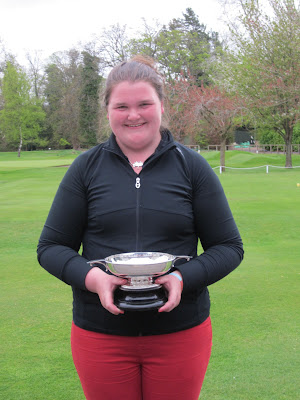 Congratulations to Hannah Scott (Broomieknowe) on becoming Midlothian Champion for the first time and in her first final. Hannah the top qualifier beat Jane Turner (Craigielaw) by 4 and 3 in the final at Newbattle Golf Club today. 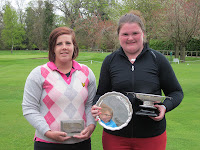 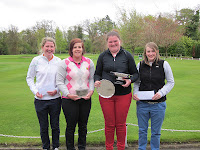 Hannah started well with a par, par, birdie 2, par, birdie to go 4 up after 5. Jane then birdied 7 and 9 to get back to 3 down after 10. However Hannah continued with stunning par golf to maintain her lead of 4 up on the 11th to close out on the 15th with a 5 & 4 win. Jane’s driving was spectacular but her short game failed to match up to Hannah’s steady play on this occsaion. Hannah who has played spectacular golf all week thoroughly deserved her win.

Hannah who has played excellent golf all week took an early lead over fellow club mate Kate McIntosh in the first semifinal. Kate, despite a spirited comeback, failed to hold off her on-form opponent and was defeated 5 and 3.
In the second semi final newcomer to the Championship, Emily Dalgetty fresh from our Junior’s team’s success in the Cuthbertson Cup played outstanding golf with a confidence and maturity well beyond her years to hold off the challenge from Jane who finally closed out with a 3 and 2 win. 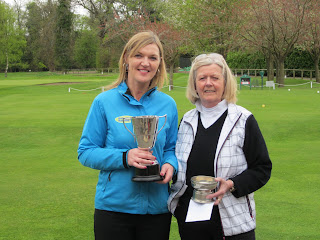 The 2013 ‘B’ Champion is Jaci Moriarty (Lochend) who beat Pam Townsend (Murrayfield) 1 hole in this mornings final. the match was always close but Jaci’s sinking of a monster putt on the 17th put her one up and enabled her to close out on the 18th.

Many thanks to Newbattle Golf Club for their hospitality and to all those who came out to support our players. 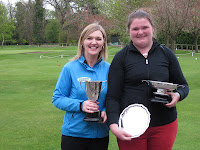 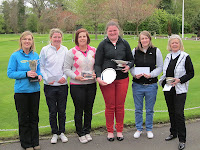