Congratulations to Honorary Member, Hannah Darling (Broomieknowe) who has been named in the GB&I Curtic Cup Squad. 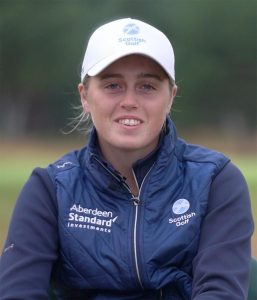 Along with fellow Scot, Louise Duncan, they are set to be the first Scots to play in the event at Merion, USA on 10-12 June. The final round takes place at Augusta National.

Hannah is currently ranked ninth in the World Amateur Golf Ranking and the top-two GB&I players on 21 April will automatically gain selection to the team with the six remaining players announced on 26 April.

As you’ll no doubt be aware, Hannah is the Girls’ Amateur champion and is getting ready for the Augusta National Women’s Amateur on 30 March to 2 April. You can check out the details here.

Wishing you all the very best Hannah – play well !

The GB&I Captain, Elaine Ratcliffe, said: “We have selected a group of very talented players for our Curtis Cup squad and we will be monitoring their form and results over the coming months as we look to select the strongest possible side to play at Merion.  All 12 players are detailed below. 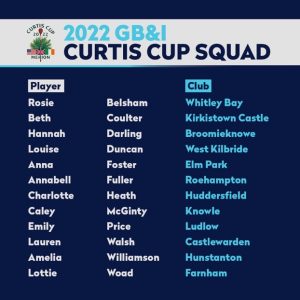