Hannah met Karen Marshall today to decide who would be Champion of Champions for 2018.  Team mates in the County squad these two are used to combining  more than competing. 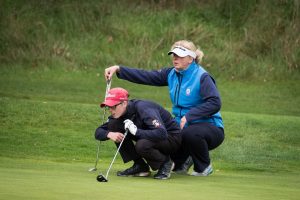 The weather was kind, the Royal Burgess was in great condition so the scene was set.  After  taking a hole a piece, Hannah settled into a rhythm, driving close to 300 yards and taking advantage when Karen repeatedly found herself in a bunker.  Coming out of them with great skill, she just couldn’t manage to get the edge on her young opponent.  Both players were unlucky to find the trees on a number of occasions but Hannah took just 35  for the first nine to lead Karen by 4 shots.

At the 12th, Hannah flew the ball out of the bunker and conceded the hole.  At the 13th, a par 3, she drove into the bunker, failed to get out then holed her next shot – a golden ferret – for a half!   At the next Hannah drove into the trees, took a penalty, put her recovery on the green on went back to 4 up.  The 15th was won with a birdie 3 to take the title 5 & 3. 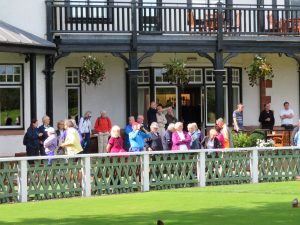 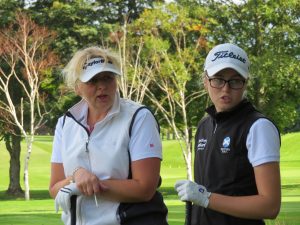 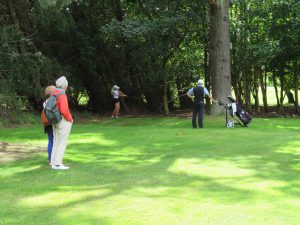 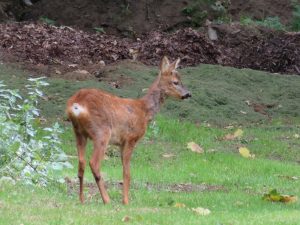 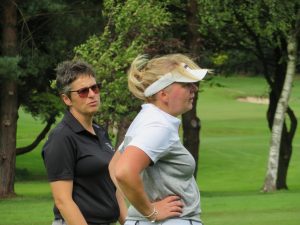 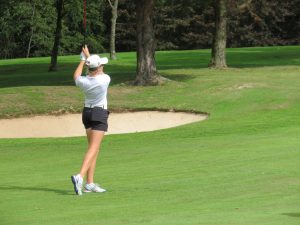 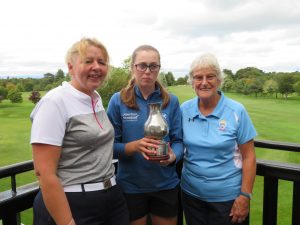