What an exciting final day of the Inter County Matches! 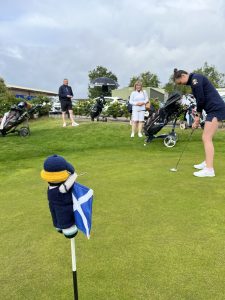 We woke up to light drizzle but it soon dried up as the players were warming up, with Mini Mac helping Lucy with her line 🤣

We had everything to play for as we took on East Lothian and Stirling and Clackmannan took on Fife.  We needed to win today to stand a chance and all the players were up for the challenge as they headed out for the morning foursomes. Karen Ferguson-Snedden and Fiona Wait delivered our first win of 4&3 against Kirsten Ireland and young Evie McCallum.  This was closely followed by a 4&2 win from Lucy Morrison and Louise Fraser against Dawn Young and Kay Lannin.  The final foursomes was always going to be a tough game between seniors Karen Marshall and Anne Hanson and the young duo of Carys Irvine and Jill McNicoll, and after 4 holes the Midlothian pair were 3 down.  They kept pushing, delivering a birdie at 10 and another at 14 and a win at 17 to bring the match to 1 up going down 18.  A couple of loose shots delivered a halved match and a great morning result of Midlothian 2.5 East Lothian 0.5.

The heat started to turn up in terms of weather and what we needed to do in the afternoon. Team Midlothian dug deep, and fought hard in each and every match, triumphing in 4 games against East Lothian and a fantastic birdie from Anne at 18 to secure another half point which gave us a very satisfying 4.5 – 1.5 win in the singles.

After a 3 – 0 victory for Fife in the morning foursomes, all we could do was sit and wait for Stirling & Clackmannan to perform against Fife in the singles. They did that by winning 4 of the 6 singles but it wasn’t enough to beat the Fife Team who had an overall win of 5 – 4. 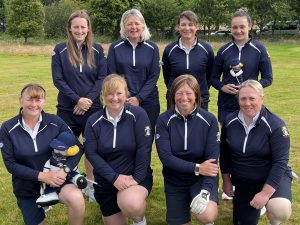 What a fantastic few days Captaining this amazing Midlothian Team who dug deep and pulled together for the 3 day Tournament and did us proud.  It was great to experience the usual format for the first time, following the singles approach taken last year as a result of covid. All of the Teams were amazingly supportive of each other, creating a fun but competitive environment with the Captains and Officials enjoying the interactions also.

Grateful thanks to Stirling and Clackmannanshire for hosting a very successful event and to Stirling GC, and especially the bar and catering staff, who were first class throughout.

I want to especially thank Muriel Gilligan, who supported me with the caddy arrangements. She had prepared individual caddies’ goodie bags and an overall prize for the caddy who brought in the most wins!  I couldn’t have done it all without the incredible support of our Selector, Linda Wemyss, who gives her time so freely, bringing her knowledge and good judgment to discussions, and our President Sheila Stuart, who brings her experience and wisdom, as she treads the fairways in support of us all.  Huge thanks to our incredible team for their talent and passion for Midlothian, and their ability to dig deep when it’s needed – they never cease to amaze me! To the wonderful support of our caddy volunteers across the three days – your support to the County and especially the players is greatly appreciated and you add significantly to the occasion. Today’s caddies were: Mary Stark, Elaine Lumsden, Yvonne Wilson, Letty Mackinnon, Isobel Halliday and Liz Calder.

And finally, the unwavering support of our members who came to support us and those who were eager to follow what was happening.

Many congratulations to Fife for becoming East of Scotland Champions! We wish you all the very best for the County Finals in August at Kirkcaldy. 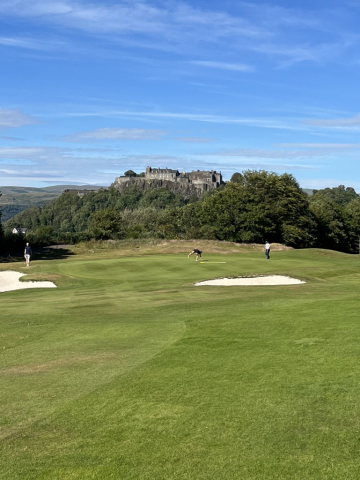 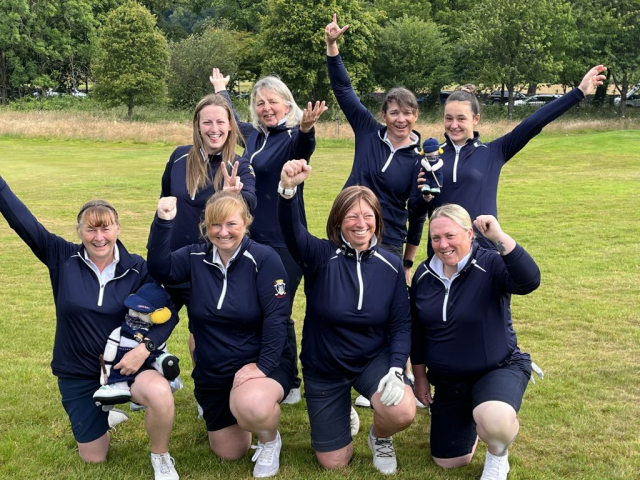 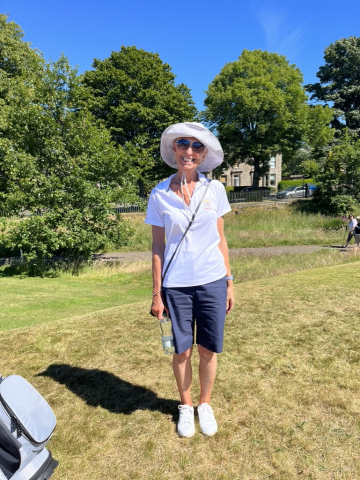 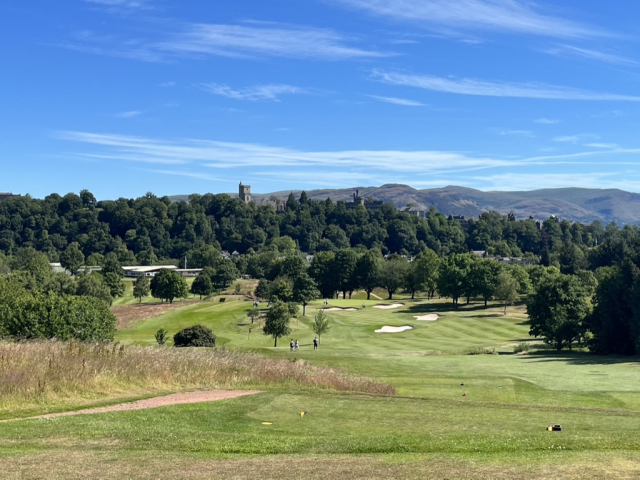 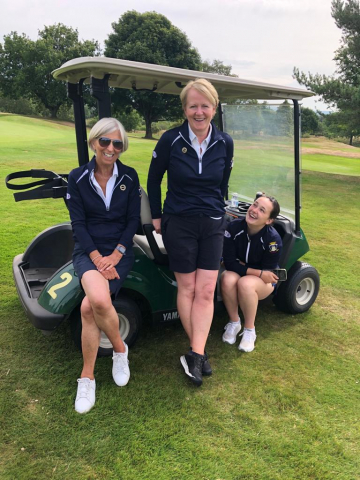 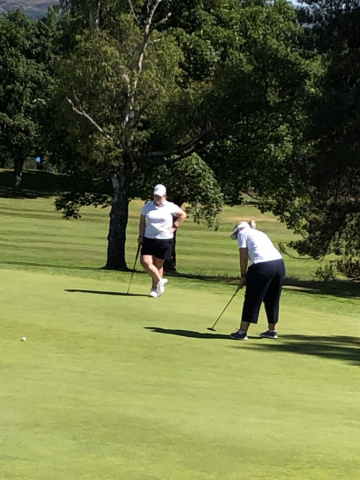 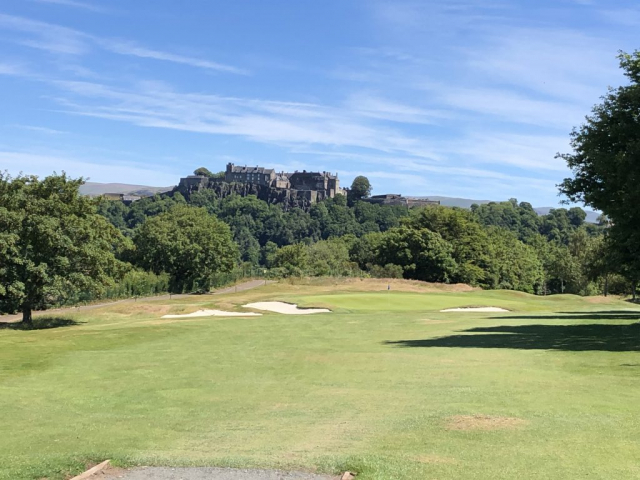 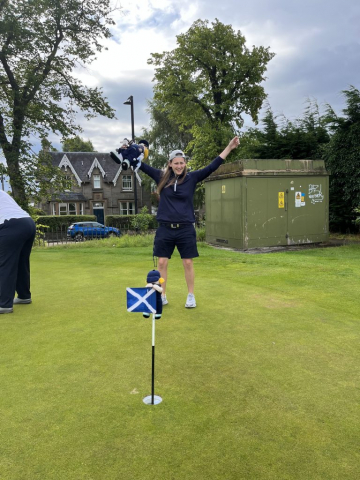 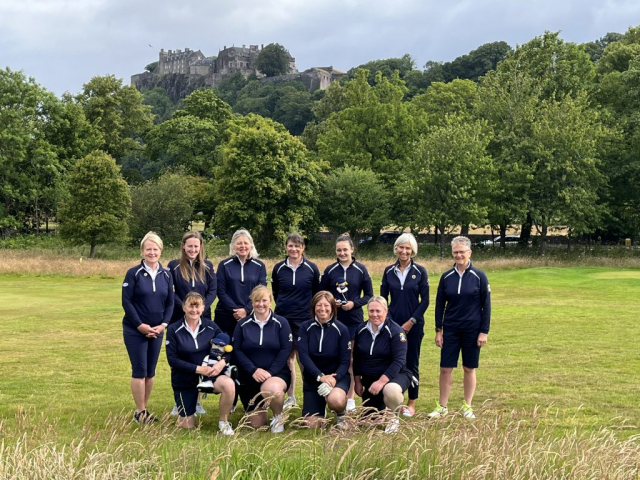 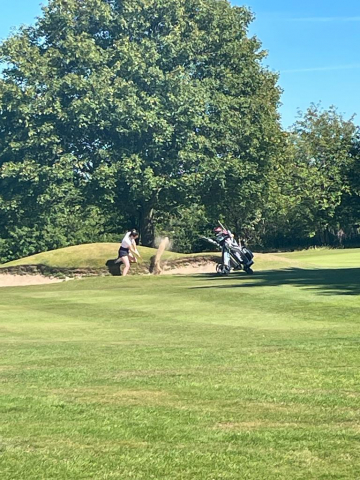