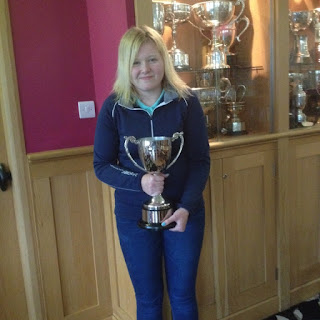 Eilidh Crawford from Kingsfield Golf Club won both the Stephen Gallacher Trophy for the leading qualifier and then went on to win Championship by beating Carys Irvine (Craigielaw) by 2 and 1 in the final.
In the stroke play event Eilidh won the Scratch with a 78, Carys Irvine won the best under 16 nett 75  82 – 7 and Emily Rigg won the under 18 with a nett 71 87- 16.
East of Scotland Girls Championship