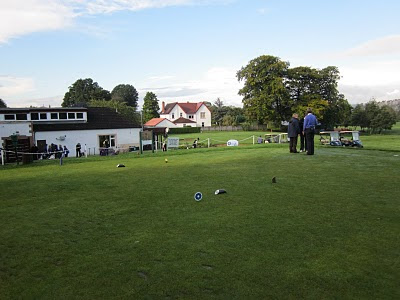 Day 2 started well. It was a nice crisp September morning. Everyone was focused and ready for action. Midlothian were always in control of the foursomes matches against Perth & Kinross. The results were as follows: 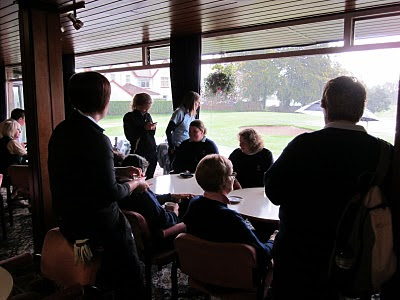 just as we were playing our last game on the last green the heavens opened and the Ayrshire and Dumfrieshire teams had to be called off the course. As we had our lunch and waited for the rain to stop, we couldn’t believe what we were seeing. Large hailstones were now coming down and the greens had turned white.

The team of greens staff that had been out trying to clear the greens eventually came in as the greens they had just cleared of water were now covered in hailstones.

In the end, we left as our singles games were abandoned for the day. The green staff were trying to clear the last few holes to allow Ayrshire and Dumfrieshire to finish their foursomes games. The plan is to complete our singles games against Perth & Kinross in the morning. The final match against Dumfrieshire will be reduced to 6 singles games only. Its going to be an interesting day (if the course is in fact playable) 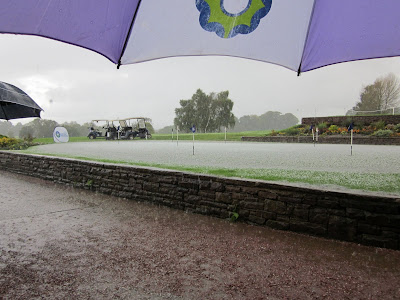 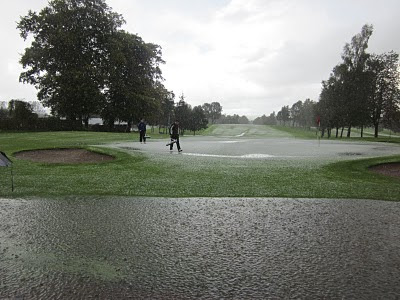