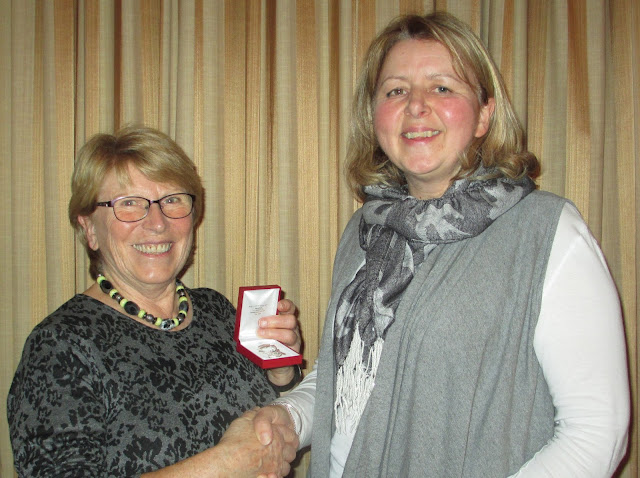 Many congratulations to Karen Marshall who has been given an Honorary Membership of Midlothian County Ladies Golf Association for her outstanding contribution to golf.

She was Midlothian Junior Champion in 1987 before going on to be selected for the County Team in 1988. In all she has played for the County on 36 occasions in Jamborees and County Finals, helping the team to 4 national titles.

Karen has won the County Championship twice and has a hat-trick of Edinburgh Champion of Champions titles.

At international level Karen played for Scottish Schools and has Captained the Girls and the Ladies International Teams on a number of occasions.

Karen has long been an inspiration to her fellow golfers and now gives her time generously to supporting the next generation of Midlothian players.