The Edinburgh Champion of Champions Final 2019 between Louise Fraser (Kingsknowe) and Karen Marshall (Baberton) was played on Sunday 8th September at the Royal Burgess Golfing Society.

The course was presented in beautiful condition with perfect greens on a blue-sky Autumn day and a healthy crowd of supporters followed the match.

The golf ebbed and flowed over the first few holes with excellent par and birdie golf from both players.  Karen pressed ahead with Louise finding trouble in the trees a couple of times off the tee and was 3 up after 8.  Louise played her way back into the match around the turn and Karen was just 1 up after 11.  Karen once again drawing ahead 2 up after 14 holes.  A long putt for par securing a half at the 15th for Karen to remain 2 up. Louise dug in to win 16 with a birdie and they halved the 17th.  Louise’s tee shot on 18 carrying to the back of the green, Karen’s tee shot finishing precariously close to the burn but an excellent second gave Louise a long putt for the hole, coming up a little short.  Karen missed the putt for the win by inches at the 18th and Louise sunk hers to level the match.  Sudden death at the 19th.  Both players drives in play.  Karen’s second reaching the back of the green.  Louise carrying her ball beyond the green.  A chip on to some distance leaving Karen to putt for the match.  The putt coming up just short.  Louise had a putt to take the match to the 20th that just lipped out on the left edge.  Karen winning 1 up at the 19th.

Tea and coffee for the players, caddies, officials and spectators was laid on in the clubhouse.  Louise, as Captain of Midlothian, thanked the Royal Burgess for their hospitality and courtesy of the course, the greenkeepers for presenting the course in great condition, Sheila Stuart for refereeing and Norma Richmond (President of Midlothian) for starting the match.  A short presentation to the winner and a gift for the referee followed by a thanks from Karen to all including the caddies. 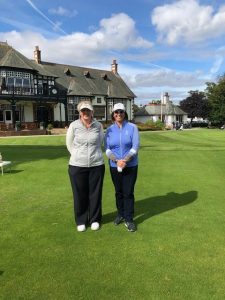 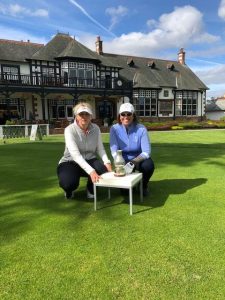 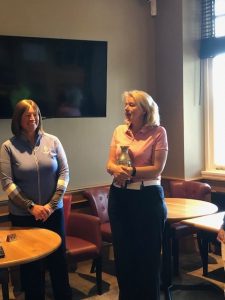 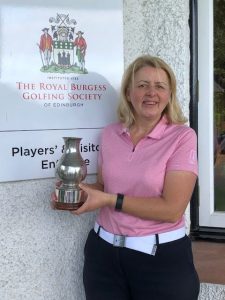 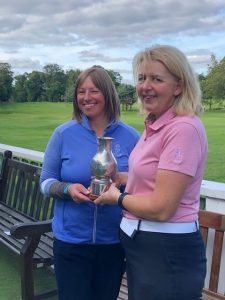