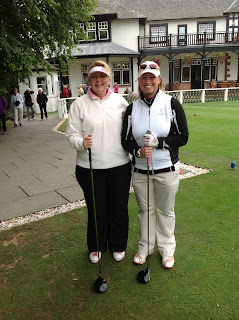 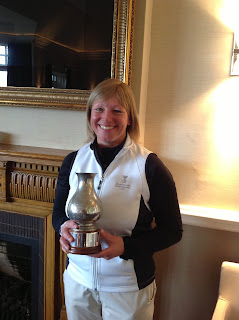 The Champion of Champions’ Final between Louise Fraser, Champion of Comiston ladies and Karen Marshall, Champion of Baberton was held today at the Royal Burgess Golfing Society.
The day was cold and very blustery which proved a challenge to both players.

Both players started steadily with pars at the first two holes. Karen birdied the 3rd to go 1 up and Louise birdied  the fourth to square the match.
Thereafter Louise’s ability to keep her drives straight and on the fairway and accuracy to the greens enabled her to go 3 up at the turn.Karen rallied in the second half getting herself out of trouble on occasions but then  losing the opportunity on the green. Louise’s game remained solid to enable her to close out the match on the 17th green, winning 2&1. Well done, Louise.

The game was played in great spirit between 2 great Midlothian players who contribute a huge amount to our County.

Many thanks to Anne Brownie who referreed the Final, to Royal Burgess for hosting the evnt and to all those who came to support our Champions.