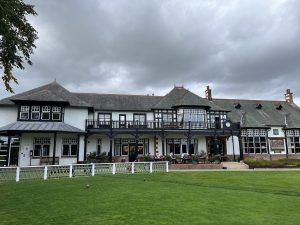 This year’s Champion of Champions draw incorporated all the 2020 and 2021 Club Champions, as a result of COVID-19.

Jennifer Bryans (Harburn) and Louise Fraser (Comiston Ladies) emerged as our finalists and we welcomed them to The Royal Burgess Golfing Society today for the Final.

Both players arrived warmed up and ready to go and the weather couldn’t have been better for this prestigious event, with the sun shining through the clouds and very little wind (this picture was taken before the sun broke through! 🤣). 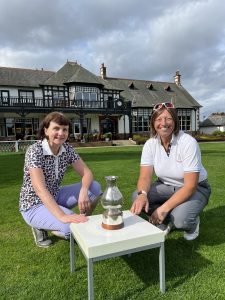 Captain, Isla McCrone introduced the event on the first tee and thanked all the spectators for coming out to support the finalists.

Both players were competing not only for the Champion of Champions title but also holder of the Antonia Vase, which was presented by Mrs D G Antonio almost 50 years ago, in 1973. 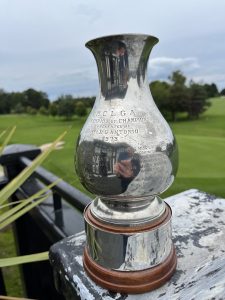 President, Sheila Stuart, got the proceedings underway, reminding the players they were teeing off from the White tees, which extended the course from the women’s usual 5704 yards to 6158 yards. Four of the Par 4s were over 400 yards which would usually be a Par 5 for ladies, presenting a great challenge to the players as they battled it out.

Louise came out strongly winning the first three holes with pars.  The match then settled with three halved holes, followed by a great 4 at the 418 yard 7th for Jennifer, reducing Louise’s lead to 2. Another halved hole in bogies at the Par 3 followed by a par win for Louise at the 390 yard 9th, brought her lead back to 3. Jennifer’s steady driving saw her hit 7 out of 7 fairways on the front 9. 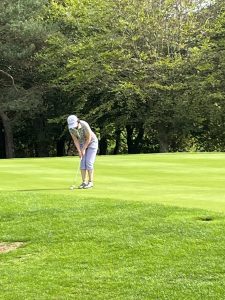 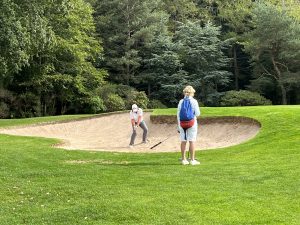 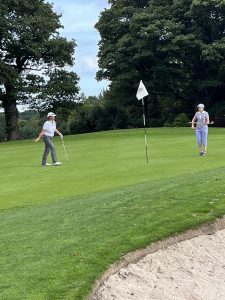 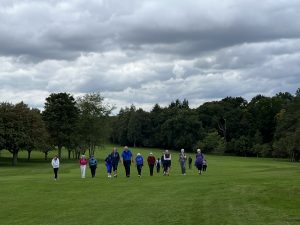 Louise had another two strong holes before Jennifer got one back by holing her putt at 12, leaving Louise with a short one for the half.  The crowd gasped as she missed it!

The 13th was halved in bogies.  Jennifer then hit a good tee shot at 14 and we witnessed Louise’s drive drift right over the trees and on to the other fairway. Jennifer’s second shot caught the green side bunker. Louise then hit a great recovery shot over the trees and on to the green. Jennifer got out of the bunker well landing just short of the green. She then played a fantastic long putt, which only just missed going in.  This left Louise with two putts for the win and the match. Her first putt rolled up nicely but she was still left with a tricky short one to close things out.

The three times Champ held her nerve and dropped it in for the match and her fourth Champion of Champions title! Both played strong, steady golf but Louise’s extra length, good recoveries and solid putting won her through.

Well done to both players for reaching the final and

congratulations to Louise Fraser, Champion of all Champions. 🏆 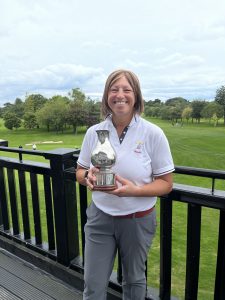 Grateful thanks go to The Royal Burgess Golfing Society for the complimentary tee times for the match and practice rounds,  and the continued support to host our final. As always, the golf course was presented in great condition. The early months of East winds and the continued dry spell, coupled with recent downpours, has made the greenskeepers’ jobs extremely difficult this year. So our respect and thanks go to Chris Yeaman and his team for all their hard work and effort. The players, officials and spectators were also very well looked after in the Clubhouse after the golf by the Clubhouse staff. 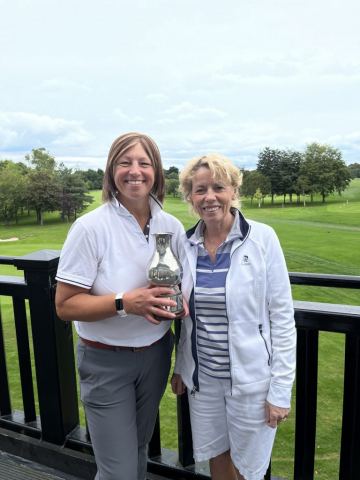 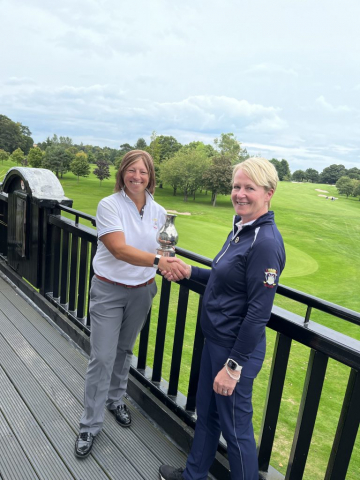