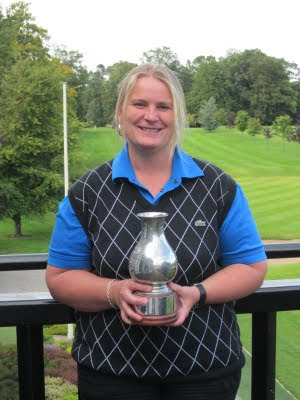 It was a lovely day, more like summer than summer, blue skies, a course which was in great condition and a fantastic match. Liz Stewart from Greenburn was taking on Paula McDougal from Ravelston in the final of the Champion of Champions at Royal Burgess.

Paula went ahead immediately with a par at the first and Liz leveled it at the 3rd. They carried on winning hole about until the 10th, where Paula went two up. Liz then won three in a row to go 1 up, then it was all square, then Liz was 1 up ….. you get the picture!

It looked like Liz was about to go 2 up with 2 to play, but an uncharacteristic chip by Liz let Paula back in and they teed off at the 18th all square. Paula drove to the middle of the green and Liz to the front. A fantastic putt by Liz ensured her birdie and although Paula left herself a teaser, she holed it with confidence and off they went up the 19th. Paula won the sudden death play off at the 1st extra hole to end a very close and exciting match, with both players producing some excellent golf. 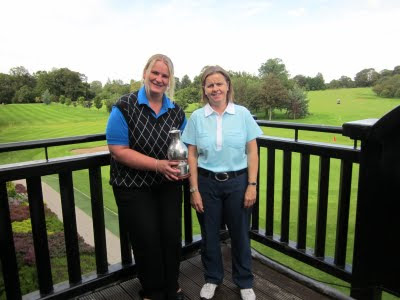 Many congratulations to both competitors for an excellent final and well done to Paula. Thanks to Anne Brownie for refereeing the final.