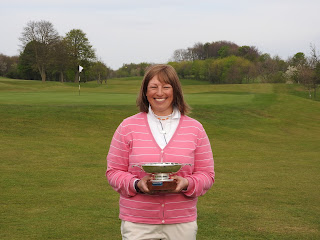 In an effort to attract more competitors a new format was introduced for a two year pilot, so 2017 saw the championship qualifier and knock out stages become an all weekend affair.  36 entrants played at Turnhouse Golf Club on Sunday 16th April to qualify for the match play stages that were scheduled for the weekend of Saturday 29th and Sunday 30th April over the same course.  Thanks to Turnhouse GC for their warm welcome and hospitality in addition to a testing course that managed to have lightning quick greens just to make sure players had to bring their A game to the event.
The qualifier went according to plan for most competitors with Karen Marshall, Baberton GC, being the surprise casualty.  Gabrielle MacDonald, playing off +1, qualified first with a73 from Alison McBride, 76 and Louise Fraser 77.  Morag Wardrop was the leading home player with a very creditable 77 whilst Hannah Darling 79 was the leading junior whilst Rachel Livingstone was 16th with an 83.

Saturday was full of drama with wonderful golf being the order of the day.  The first two matches went up the 19th and 20th respectively whilst Kate McIntosh beat Jennifer Bryans on the 18th with a clinical eagle. Wendy Nicholson, Louise Fraser, Hannah Scott and Alison McBride moved into the afternoon ties reasonably easily whilst Susan Rennie came from behind to beat Hannah Darling on the 19th.  In the main the afternoon matches were completed by the 14th or 15th except for Susan Rennie’s match against Louise where again Susan used her excellent short game to full advantage against her long hitting opponent. 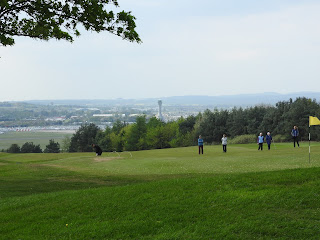 On Sunday the players were faced with strong winds that made it difficult to keep the ball on the fairway and we saw some unusual wayward shots.  At least it let a player of my lesser ability see what is really meant by a recovery shot!  Rachel was 1up going down the 18th and would have been forgiven for thinking a steady half at the 18th would suffice.  However an inspired chip in from just off the green ensured Wendy Nicholson was still in contention so yet again the a game went up the 1st to be decided.  A tricky downhill putt left Rachel needing to hole for a half but unfortunately her ball lipped out leaving Wendy to challenge Louise for the cup.

Neither finalist had been champion so we had a rare treat in the afternoon.  It was great to see so any MCLGA members supporting and I know the players really appreciated it.  Again both battled with the wind and the game stayed close with Louise managing to just stay ahead. 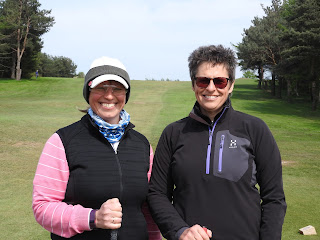 With some massive drives, notably on the 12th and 14th, Louise still could not relax being only too aware that Wendy was on form and ready to deliver accurate chips and approach shots that would quickly reverse the score.  Louise clinched the game on the 16th to win 3/1/Each was ably supported by experienced caddies who incidentally have been long time golfing friends. 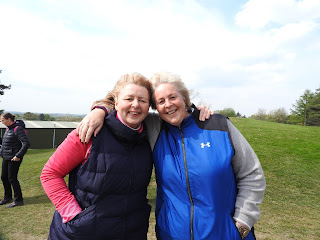 Thanks to Sheila Stuart for all her input this weekend – host, referee, chauffeur and adviser 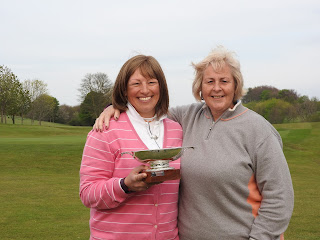 Thanks also to our president, Norma Richmond, who braved the cold to start the players off.

Well done Louise.  As you said – three times a bridesmaid, now you’ve walked up the aisle!