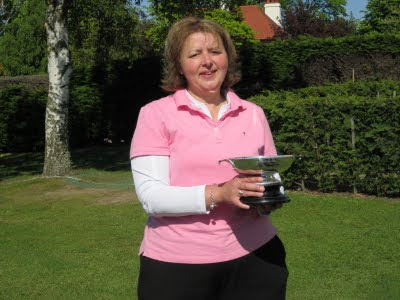 This time last year the headline was “A 19 year wait” as Linda Caine won the Midlothian Championship for the first time. Well guess what, 19 years after winning her last title, Baberton’s Karen Marshall is once again Midlothian County Champion.

Its was another lovely day at Kingsknowe Golf as our President Janet Wake got the semi finals underway. In the first semi, Karen Marshall was in tremendous form, beating six time champion Claire Hargan 7 & 6. The second semi proved to be a great match and a real battle between Louise Fraser and Kate McIntosh, Louise eventually winning on the 18th (2up). 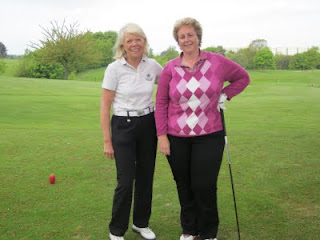 The B Championship final was also played in the morning and was won by Kingsknowe Ladies Captain Elaine Lumsden, who beat Dalmahoy’s Carole Mason 5&4. 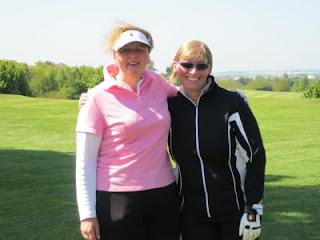 In this afternoon’s Championship final, Karen carried on where she left off in the morning. She eagled the par 5 3rd and birdied the 6th to be out in 1 under par. She was always in the driving seat and eventually defeated Louise 7&6. A fantastic display of golf Karen and a well deserved champion.

Many thanks to Kingsknowe Golf Club for hosting our County Championships. The course was great and your sun lounge and patio, complete with ‘sunshine to order’, superb! Thanks to Anne Brownie and Caroline McIntosh for refereeing the finals and to President Janet for starting everyone off. Thanks also to Agnes for all her excellent organisation and to all the supporters and caddies on the day. 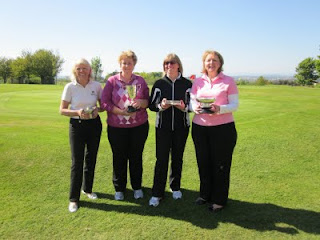 Many congratulations to Karen and Elaine our 2011 champions, to runners up Louise and Carole, and to everyone who played this week.