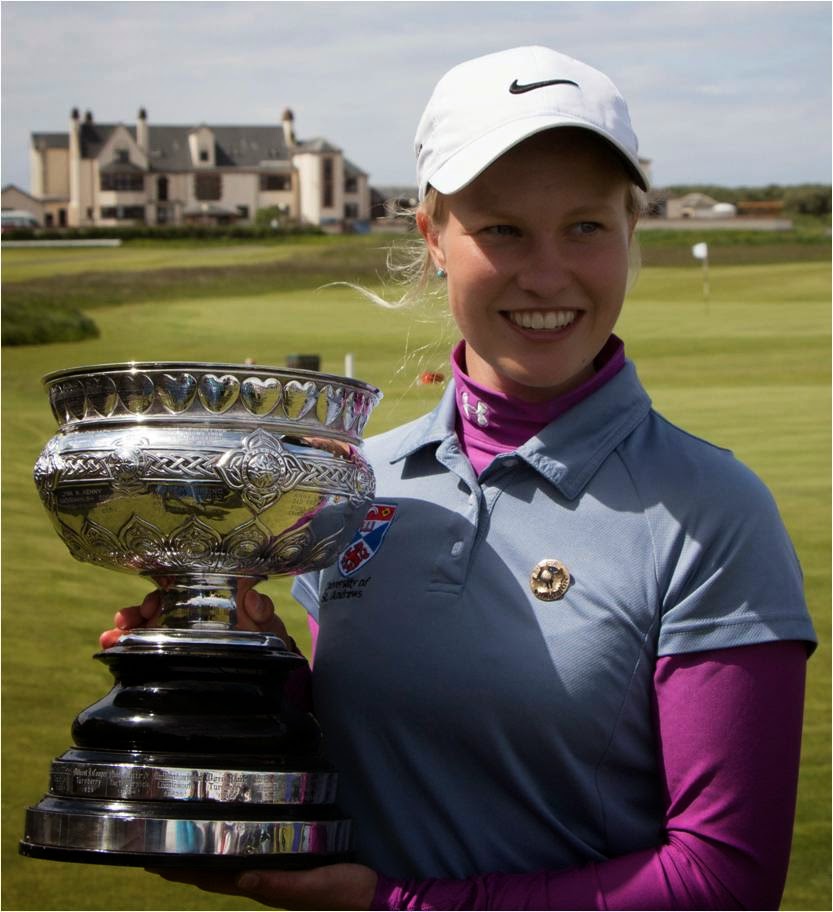 Midlothian’s Gabrielle Macdonald  (Craigielaw) today became the 100th Scottish Amateur Champion at Prestwick Golf Club where she defeated top seeded Connie Jaffrey (Troon Ladies) in an epic final that went to the 19th hole. She becomes the first Midlothian winner since around the 1930’s.

Gabrielle entered the match stages of the tournament as 10th Qualifier and, on her way to the final, overcame top players including Clara Young, Ailsa Summers and Megan Briggs.

The final was closely contended and after losing the first, Gabrielle retaliated to go 2 up at the turn. Connie then played amazing golf to win the 10th, 11th and 12th to go 1 up. It was then nail biting stuff with both players falling victim to the treacherous rough over the next few challenging holes and eventually finishing the 18th all square.

Gabrielle finally emerged victorious on the 19th,Connie having missed the green with her approach shot.

Both girls played amazing golf on a course where the rough takes no prisoners and commiserations to Connie who played spectacular golf all week.