Anyway, today saw the County return to Prestonfield Golf Club for the semi-finals and finals of the main and “B”-section Championships. The day started OK, everyone turned up on time and we headed to the first tee but within seconds the sun glasses were on, not because of the sunny morning, but thanks to Kirsten Blackwood, caddying for Linda Caine. As threatened earlier on in the week, she donned a dark but bright pink outfit – complete right down to the shoe laces! As ever the tranquility of the morning was soon shattered and the chat deteriorated. I have been threatened to within an inch of my life if I publish the topic of conversation which then ensued but, I can say that the result of it is that Midlothian now has a Commanding President! 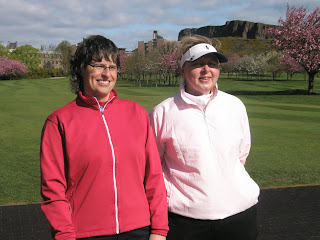 Just having issued that appointment, the first semi-final match was called to the first tee. However, things are never easy and as the helicopters flew overheard – no, they were not there filming the County match play but were following the Edinburgh 10k Bupa run – the Commanding President had to raise her voice somewhat to be heard. But luckily all was well and the first match between Wendy Nicholson (Broomieknowe) and Karen Marshall (Baberton) was underway and what a tussle that turned out to be. There was never more than 1 hole in it and they reached the 18th all square, Karen with the honour. A great drive and Karen was just to the right of the green but an even better drive from Wendy put her pin high on the green. Karen had a good chip on and putted her ball dead for the par, while Wendy took 2 putts, walked off with a birdie and with the match. 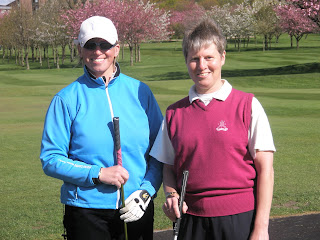 The second semi-final between Linda Caine (Dunbar) and Louise Fraser (Kingsknowe) followed on behind. I was going to add without incident but there was a wee bit of dispute over the score as our on course reporter kept us up to date with one set of figures while the caddies begged to differ with it! Eventually, it was all sorted! Linda was 4 up after the first 5 holes but Louise was not about to throw in the towel, fought back and finally reached the 18th hole 1 up. With a putt to win the tie, she lipped out, forcing extra holes and sending the Captain running down the first fairway to ask the members if they would mind standing to one side to let them play through. The 19th was halved and a great putt on the 20th gave Linda her 3 and the match. 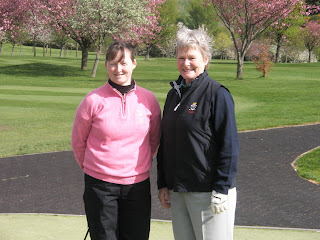 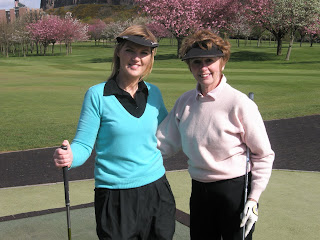 The “B”-section Championship semi-finals were very boring in comparison with only good golf being played and no added extras to keep the organisers on their toes! Denise Mitchell (Murrayfield) played very solidly against Jaci Moriarty (Lochend) finally taking the tie on the 17th. Isobel Halliday (Merchants), on the other hand, had taken note of Friday’s report and was determined not to be the reason we were kept out of the bar today! She notched up a 6&4 victory against Ann Brown (Deer Park). 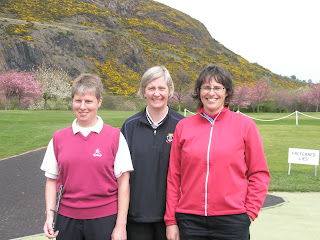 After a quick turn around for lunch, the starting committee ran on to the first tee to begin the finals before they were penalised for a late show. The stage was set. We were going to be crowning a completely new Champion in 2010. First-time finalist, Wendy Nicholson, was taking on Linda Caine who had one previous final appearance, can you believe it, 19 years ago against Elaine Bruce at Craigmillar Park! With Anne Brownie as referee, Linda, once again, got off to the dream start and was 3 up after 5 and 4 up after 7. A slight hiccup at the 11th was quickly rectified at the 12th and after 2 up and down par halves at the 13th and 14th, Linda was dormie 4 up. All that was needed was a solid par at the 15th to claim the title of Midlothian Champion for 2010 and that is exactly what Linda delivered. When interviewed later, caddy Kirsten said “it was a fantasitc display. Linda was so focussed, played her own game and kept the ball up the middle. There was no bad language at all ………. well not from the player, anyhow!” 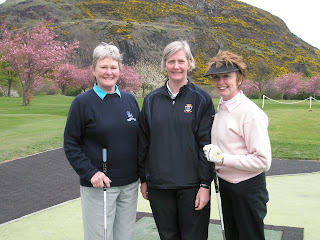 In the “B”-section final, Denise Mitchell took on Isobel Halliday, under the watchful eyes of referee Mary, and only 3 holes were halved. Denise made the first strike on the 3rd hole and repeated that act on the 4th before being pegged back to 1 up at the 6th, replying at the 7th and finally returning to all square at the turn. Obviously taking the lead from Isobel not to keep the spectators on the course for too long, Denise then won the 10th, 11th, 12th and 13th to go 4 up. However, Isobel was having none of it and replied by winning the 14th, 15th and, after a fabulous drive onto the green to give her a 2 putt par, the 16th. However, enough was enough as far as Denise was concerned and she buckled down to win the 17th and take the “B”-section Championship for 2010 by a 2&1 victory. 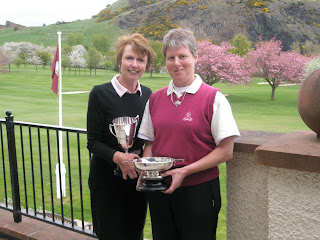 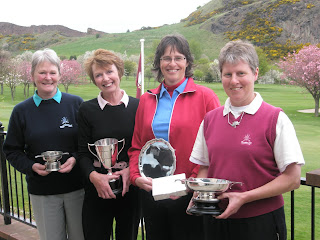 Midlothian would like to thank Prestonfield Golf Club for hosting the Championships and Captain, Neil McNaughton, for turning out to spectate today. The course was in very nice condition and our every need tended to within the clubhouse. Thank you to the referees, Anne and Mary, to Commanding President, Margaret, for announcing each match on the first tee, and to everyone who came along to watch and support the matches. 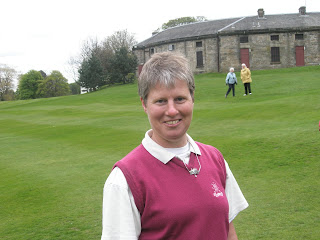 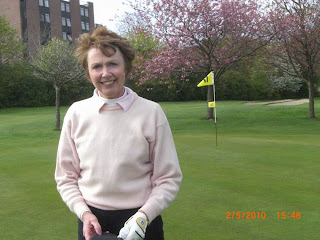 Finally, all that remains is to congratulate the 2010 Champions, Denise Mitchell and Linda Caine.
A 19 year wait and……