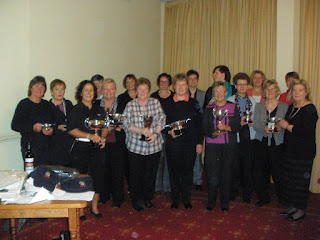 The Midlothian AGM and prizegiving took place on Wednesday night.  The AGM opened with a tribute to the late Ethel Jack by President Janet Wake.  Outgoing Captain Mary Richardson said how much she had enjoyed the last two years and thanked the members who had given her the opportunity to be Captain of such a fantastic County. She gave an overview of another very successful year for Midlothian County and thanked everyone who had supported her over the past two years.