On a day where the weather was kinder than the predicted forecast, the golf on display from the Midlothian girls did not disappoint.

First up was the singles in the morning v. East Lothian.

On paper our Midlothian girls were the stronger side but the East Lothian girls played well to push our girls to a 2-2 draw.

An impressive 8-6 win from Mollaidh Nicholson ensured that Midlothian had played the fewer holes & therefore went through to the final to face a strong Fife side.

Fife’s Evanna Hynd playing off scratch & Eilidh Henderson off 1 were against our top 2 players of Carys Irvine (4) & Lucy Morrison(6).

Carys had a good match against Evanna with the standard of golf impressive from both girls & Carys played well to take Evanna to the 16th.

Lucy was also up against tough opposition & although she felt that she wasn’t playing her best she dug deep to continue to fight & get some good halves against an in-form Eilidh.

Mollaidh (9) played Porscha Wislon (4) & faced a tougher match than the morning but again demonstrated her determination to take Porscha to the 15th.

A brave second shot & a great chip secured a win for Ella & a half point for Midlothian.

A worthy second place & real determination from all the Midlothian Team.

Very proud of the way the girls approached their golf matches & they have gained valuable experience & can build on their performances for next year. 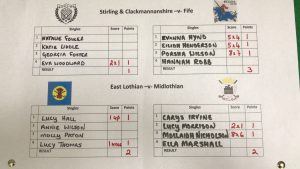 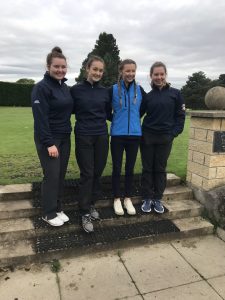 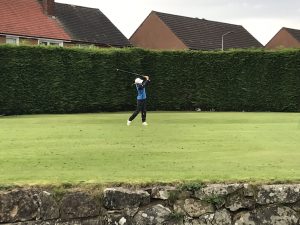 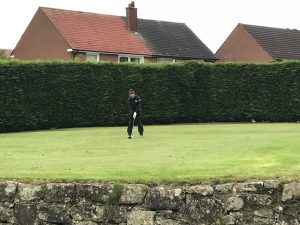 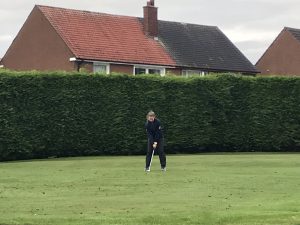 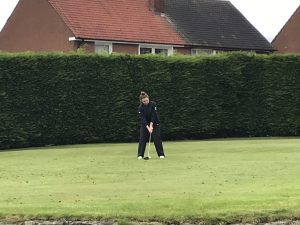